Following on from the recent release of the soaring ‘Error Of The World’, Modern Error have  released a new single, ‘A Vital Sign‘.

‘A Vital Sign’ is “meant to be as if searching for an answer in love, and questioning all that love is; Feeling as if the world has changed you to now misunderstand its intention and meaning,” explains Zak Pinchin on behalf of Modern Error.

The video also once again features ‘flowerface‘ – “a person hidden behind a mask of surface level beauty in order to cope within a real-life setting. We follow ‘flowerface’ and see him begin a trajectory of broken heart syndrome as he loses his own idea of love in his heightened modern world”, the band explains.

Unashamedly drawing inspiration from the cinematic work of Kubrick and Aaronofsky, the philosophical cut and thrust of Nietzsche and beyond. An all-too-rare commitment to the idea that art can stand for something bigger than itself. Combine that with a superlative blend of stadium-bothering rock and post-punk abrasiveness and Modern Error are, in almost every conceivable way, a band tailor made for our times.

The Brothers Pinchin, Zak (Vocals) and Kel (Guitar), very much big-picture-thinkers themselves, have a desire for Modern Error to “make a statement about how we view the state of the world.” 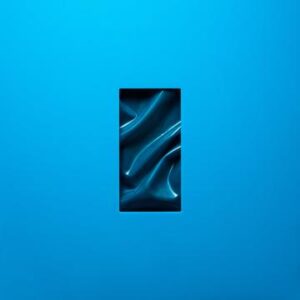 ‘A Vital Sign’ is available worldwide now, via Rude Records