UNVEIL “BLOOD WINE” AS THIRD OFFERING FROM
‘THE LOTUS CHAPTERS’

Sydney’s Above, Below are back with another huge single, “Blood Wine”, which premiered through Music Feeds last night and snapped up a triple j The Racket spin shortly after. “Blood Wine” comes as the third and final track to be unveiled from upcoming debut album ‘The Lotus Chapters’, out Friday September 27, with pre-orders available now at https://abvblw.bigcartel.com! “Blood Wine” delivers a track of epic proportions, welcoming a wall of sound before the chorus cuts through the brutality with clean vocals that add a whole new element to the track and flaunts the light and the shade that resonated throughout “Labyrinth”. “Blood Wine” is an analysis of toxic relationships, both in their romantic and non romantic frames. Guitarist Zac Adamson explains that “as we mature and grow as people we begin to see others in different lights and explore the various facets of connection. Blood Wine is an exploration of one of these many connections, in particular one existing in a negative light.” The single looks at the bouncing between blaming yourself and blaming the other and the cognitive dissonance associated with that mental feud. The music video is shot and edited by Connor Rancan and was a DIY project featuring all members of the band, Jacob Wilkes (vocals), Zac Adamson (guitar/vocals), Nicholas Bird (guitar), Dylan Mallia (bass) and Isaac Ross (drums) playing through their creation in Jacob’s basement. “We did everything DIY creating the blood wine pool ourselves in a bath tub. Connor smashed it out of the park and we couldn’t be more stoked on the final act to the trilogy of ‘The Lotus Chapter’ videos,” tells Zac.  ‘The Lotus Chapters’ is a massive debut full length that has been in the works for a while. The album is a 12-track concept album that encompasses the ideas of growth, life and death, recorded, mixed and mastered by Nicholas Page at STL Studios (Tapestry, The Beautiful Monument, In Hearts Wake). A seamlessly composed concept album, the body of work weaves through the various stages of life guided by the extended metaphor of a lotus flower beginning as a seed, flourishing and eventually blooming. Throughout the 12 tracks the ideas of growth, learning, maturity, darkness, light, harmony and acceptance are navigated and contemplated to form an overarching image of what it means to be human and what it is to exist. Without constraint, the album blends ambient clean atmosphere, heavy progressive metalcore and thematic story-telling to unearth a meditation on our place and purpose in this world.“Behind The Mosaic Garden”, the first single cut from ‘The Lotus Chapters’, premiered through triple j’s Short. Fast. Loud. late last year and built the foundation of interest for future releases with plays on RAGE and almost 40,000 listens on Spotify. “Labyrinth” premiered through triple j’s The Racket a few weeks ago and brought with it the debut album announcement, media love worldwide and has received national and international airplay since its release. Above, Below currently have three tracks respectively making the rounds in Spotify editoral playlists Got Djent, Deathcore and Homegrown + Heavy, which is home to over 300,000 followers collectively. Above, Below’s debut album ‘The Lotus Chapters’ will be released Friday September 27 with pre-orders live now at https://abvblw.bigcartel.com. “Blood Wine” will be out Friday August 23 to stream and purchase at all good online outlets and streaming platforms!

WATCH BLOOD WINE BY ABOVE, BELOW HERE 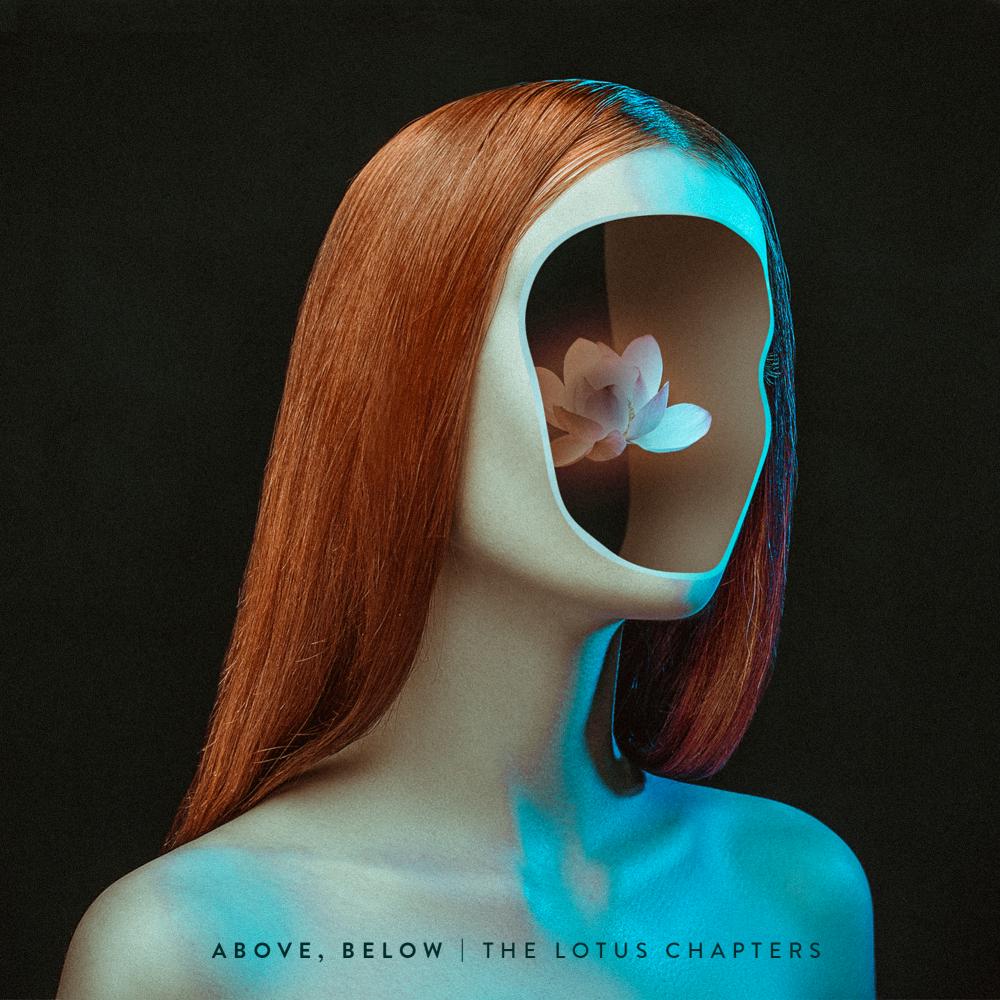