‘GET WITH MY LIGHT (WITH TOM SNOWDON)’

“Reminiscent of the early days of dance, when producers operated by fewer rules and the primitive tech meant there wasn’t a great distance between techno, ambient and progressive house.” – The Guardian UK (One To Watch)

Australian producer Willaris. K has cemented his position as an innovator of electronic music today, by releasing his EP LUSTRE. The first of two EPs to come, LUSTREcomprises six tracks that push the boundaries of melodic techno, ambient, electronica and industrial; a testament to his unique ability to genre-blend while maintaining a signature sound.

Introducing two new songs, ‘COBAKI SKY’, the answer to his earlier single ‘COBAKI SKY (PREQUEL)’ and ‘GET WITH MY LIGHT’ with No Mono’s Tom Snowdon, LUSTRE brings fans a range of niche sounds that unearth the prodigious talents of Willaris. K.

Reflecting on how this EP came together, McAllister says, “LUSTRE captures the freedom and euphoria that comes with making music everyday and playing live shows. It also captures the hardships and changes I experienced over that time”

LUSTRE is a reflection of McAllister’s sonic evolution, from his first tracks to incorporate vocals to his abstract dancefloor rhythms. ‘5 O’CLOCK’ leads the EP with a driving build of sirens and synths, showcasing the textural palette he’s become known for. The juxtaposing soft melodies of ‘GET WITH MY LIGHT’ follow with haunting vocals from Melbourne’s Tom Snowdon in an anguished swell of darkness. ‘COBAKI SKY’ returns to the floor with a roaring orchestra of arpeggios and melodic soundscapes, at odds with the brooding loneliness of Gordi’s evocative lyricism in ‘INDIFFERENT’. Rounding out the EP in another wave of tension and release are ‘DETACH’, a vibrant atmospheric arc of flighty industrial tempos and ‘PAST LIGHT’, the cathartic ambient closing track and a nod to McAllister’s musical beginnings.

Over the last two years, the former electricity grid technician has steadily emerged as a creative force, playing sold-out shows across the globe, supporting the likes of fellow-Aussies RÜFÜS DU SOL and recording in iconic studios such as Rick Rubin’s Shangri-La.

In May, he’ll explore the sounds of the underground via his forthcoming club EP, Full Noisedue Fri 29 May. Drawing inspiration from late night sets and featuring an impressive lineup of well-regarded creators that have influenced his own work, Full Noise sees McAllister team up with Australian rave stalwart Paul Mac, American rapper and sound designer WaveIQ and composer, producer, beatmaker and Seekae founder, George Nicholas (GN).

Willaris. K’s eclectic body of work has drawn him comparisons to a league of greats like Nathan Fake, Rival Consoles, Brian Eno, and William Basinski. His previous career as an electrical instrument technician led him to pursue music as he worked in solitude across rural power plants along state borders in Australia, collecting field recordings and turning them into ambient tracks.

This season has already seen the budding producer perform to packed-out dance tents at major festivals including Wildlands, Beyond The Valley, OutPut, Origin Fields and Castaway, after supporting RÜFÜS DU SOL on their SOLACE World Tour. Willaris. K also played a benefit show at Melbourne’s Seaworks in February, which donated proceeds to the Fire Relief Fund for First Nations Communities.

Stay tuned for rescheduled live dates in 2020 and some special live stream events. 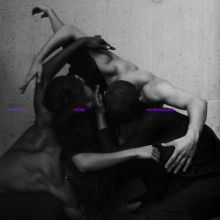 Full Noise
Willaris. K
EP out Friday 29 May through Soothsayer 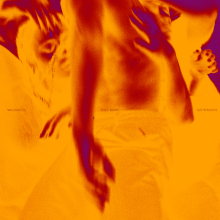