‘REALIGN’ LP ‘HALF LIGHT’ DUE OUT

After recently announcing his new album ‘Half Light’ is due June 12th via Akira Records, Bristol-based artist Henry Green is sharing a new video for lead single ‘Realign’.

Speaking about the video, Henry said “We wanted to actualise the space within the mind, to replicate that hazy state I explore within the lyrics of the track. ‘Realign’ is about self exploration, and that journey to find relief and respite from the monotony of recurring thoughts.”

Director Josh Aarons added “It was important that this journey felt human, and who better to play that human than Henry himself. The concept for the video centres on Henry as he progresses, challenged by the terrain he encounters.

The juxtaposed extreme and expansive terrains became the second character in this narrative, offering unpredictable, remarkable, and metaphorical visuals. The desert, constantly in a state of change as the sands forever reinvent – flowing, barren and endless. The mountains and canyons presenting a different challenge to overcome – rugged, volcanic and formidable. As Henry nears contentment, the desert opens to the ocean where he finds release and clarity.”

Listen to ‘Realign’ on other streaming services here.

Watch the new video for ‘Realign‘ below

“Call all the words out of me.” (taken from “All”). The first lyric written for Henry Green’s second studio album was a plea, scrawled in semi-desperation while wracked with acute writer’s block. Today the line has taken on a far sweeter significance, immortalising the precise moment that Green’s muse was reawakened, paving the way for his new album ‘Half Light’.

Having left Bristol in early 2019 to settle down in a sleepy Wiltshire village, the electronic artist and producer wrote and recorded the album in his attic studio in six months. Reflecting on the experience today, the 24-year-old cites the decision to take on all production duties himself as just one of many causes of stress. “I’ve always produced my own stuff to some extent, but I took it too far the other way. And when you spend so much time on your own and have these two conflicting sides in your head, it’s just a constant battle. And then you have these sobering moments when you realise that people are actually listening to your music…”

In some respects, Green was justified in being intimidated by the weight of expectation. Following the successes of his EPs Slow (2015) and Real (2017), and his debut album Shift (2018), he’s racked up 71 million streams on Spotify and more than 18 million on Apple Music, and has won the respect of his peers, including former tour-mates London Grammar and Nick Mulvey, and recent remixers Cyril Hahn and Harvey Causon. And yet, their faith is ultimately repaid with ‘Half Light’, a record that finds Green harnessing that initial crisis of confidence to create music that’s both emotionally honest and breaks new ground. 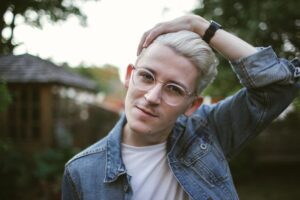 “A lot of the songs are about that struggle to express,” he explains. “Coming into the record I wanted to make something that was a separation from myself, and didn’t feel like such a window into my feelings. But because of my feelings throughout the process I think these are the most honest songs I’ve ever written.”

While tonally intimate, many of the arrangements on ‘Half Light’ are more expansive than anything Green has attempted previously. “I’m always trying to counteract live instruments with something completely synthetic,” Green says of the process. “I like the idea of having something recognisable at the heart of a track, and then everything around it can be ear candy, mangled or manipulated. But at the heart of every track there needs to be something that the listener can identify with.”

Named after the Japanese idiom which describes the calm before a momentous event, ‘Yoyuu‘ blossoms out of transcendent strings and reflects the space of Green’s new, bucolic surroundings. Meanwhile, the fluttering percussion and shimmering synth textures of cinematic lead single ‘Realign’ brings to mind the work of Christian Löffler or Bonobo, both of whom remain key influences in terms of production, alongside long-time vocal reference points RY X and Mike Milosh of Rhye.
For ‘Tide‘, Green secured a guest turn from another one of his singing heroes, Bonobo and Flying Lotus-collaborator Andreya Triana, while ‘Idle’ features Canadian artist Ghostly Kisses, his label mate at Akira. Alongside strings and a saxophone player, these were the only outside contributors, bar mixing engineer Tristan Hoogland.

With trademark self-deprecation, Green still very much regards ‘Half Light’ as a document of his learning process, and that’s ultimately reflected in the choice of title. “I almost wanted to hint that this album is a transitional thing,” he explains. “The half light is a lyric in the first verse I wrote for the album, and I love that idea that you’re not fully standing in the sunlight. You’re not yourself and you’re slightly in the dark in your mind, but you know that you still have something to give… So the overriding feeling that I hope people get from [Half Light] is that it’s a defiant record.” 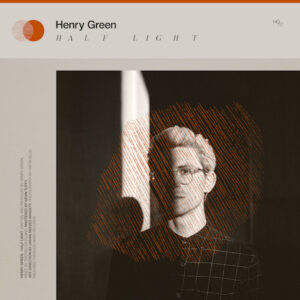