VENUE CHANGES FOR BLAST FROM THE PAST

Seraphs Coal, Antiskeptic and For Amusement Only are about to embark on their Blast From The Past 2020 reunion tour, and after much deliberation and to the delight of their fans, the 90s trifecta have decided to stay true to their origins and go full punk-rock with venue changes in both Sydney and Melbourne to suit a more intimate, personal vibe. 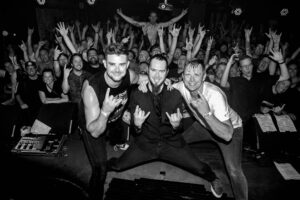 Brisbane’s show at The Triffid remains, with Sydney’s show moved to Mary’s Underground(formerly the Basement) and Melbourne over to Corner Hotel. Previously bought tickets will still be valid for entry at the new locations.The change in venues means tickets are far more limited, so get in quick to send off Australia’s resurrected punk heroes in style!

Adelaide’s controversial Seraphs Coal was accused of “voter fraud” when their single “Hope Is Where the Heart Is” debuted at #4 on Triple J’s Net 50, before proceeding to hold steady at #1. This was the start of a series of unfortunate events that Juice Magazine dubbed “Seraphsgate“, ultimately seeing the band blacklisted by Triple J. Years have passed and the year 2020 see’s the band coming back one last time for some special “Resurrection” shows & they’ve asked their old friends to come along for the ride.

Antiskeptic first burst onto the scene 20 years ago. Formed out the back of a record store in 1999,they shot to the forefront of the early naughties’ rush of exciting Australian rock bands likeGyroscope, Kisschasy and Parkway Drive. Their impressive run saw the band release three albums, tour relentlessly and gather a hugely dedicated fan base, becoming Triple J darlings in the process thanks to their 2002 Hottest 100 hit ‘Called’.

For Amusement Only captured the hearts of all pop-punk fans in the early 2000’s. Their Single “Believe” from the ‘One for the Team’ EP received high rotation on Triple J, rocketing into the #1 spot on the net 50 in 2003. After a promise of an album that never came and to the dismay of their strong and ever growing fan base, the band called it a day in 2004 and this tour will see the original line up back together for the first time since.

FOR AMUSEMENT ONLY below 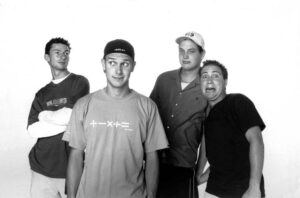 Opening up the Brisbane show at The Triffid on Friday March 6 will be Melbourne’s Wishful Thinkingand The Black Catapult. Sydney’s show the night after now takes place at Mary’s Underground, taking support from Cambridge, NSW central coast boys Angela’s Dish and Wishful Thinking. Finishing the tour in Melbourne at Corner Hotel on Sunday March 8, supported by Hightime and punks Japan For.

With Seraphs Coal having already sold out three consecutive “Resurrection” shows in Adelaide over the weekend and with more unreleased material in the works, this short East Coast run is one not to be missed! Tickets available via Chopdog Entertainment! 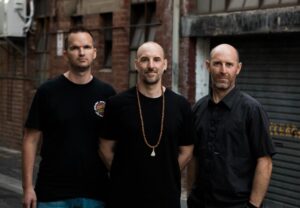