Since its release in May, Vance Joy’s new song and now Top 20 ARIA Single, ‘Missing Piece’ has worked its way into hearts nation-wide. Now, the Melbourne singer-songwriter unveils a gorgeous acoustic version of the track, which sees him strip back the song on ukulele. The new rendition arrives with a beautifully filmed video by Melbourne based director and friend, Annelise Hickey.

Inspired by people all over the globe being separated from their loved ones during the COVID-19 pandemic, ‘Missing Piece’ is a song for our times. Along with breaking into the Top 20 of the ARIA Singles Chart, it has also reached #12 on Apple Music’s Top 100 for Australia and #17 on Spotify’s Top 200. Similarly, it has been a main-stayer at radio across the country, climbing as high as #4 on the National Airplay Chart. Across the Pacific, ‘Missing Piece’ has started making waves on the US radio charts too. It’s now Top 20 on Billboard’s Alternative Chart and #11 on their AAA Chart, alongside songs from Lorde, Glass Animals and The Black Keys. 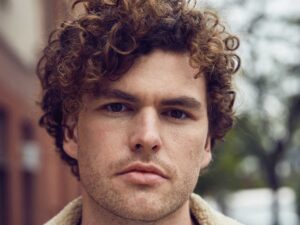 One of Australia’s finest contemporary singer-songwriters, Vance Joy has over 3.2 billion streams to his name, and two #1 Australian albums, 2014’s dream your life away and 2018’s Nation of Two. He has been the recipient of two ARIA awards (Best Male and Best Adult Contemporary Album) and nine of his songs are now ARIA-certified platinum or multi-platinum, including his breakout single ‘Riptide’, which is currently 12x platinum. 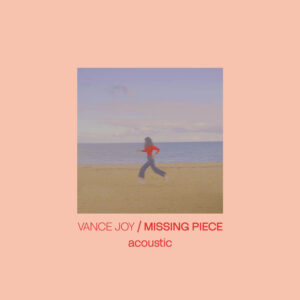