Turquoise Prince is back with a stellar new single titled Some Nights. The upbeat track, which premiered on Triple J’s Home & Hosed program, is the first official offering since the much-celebrated release of Lighter, however in the interim the Canberra-bred MC/rapper (who was recently named as one of YouTube’s Artists To Watch in 2019) has successfully kept his growing legion of fans satisfied; releasing the cheeky banger Eric Banas and the hard hitting street track Concussed a special collaboration with buzzing rapper ChillinIT.

Some Nights offers something different. The dreamy yet club ready garage beat provides a canvas for Turquoise to lay himself bare with musings on a lost love. “It’s a song that’s close to my heart, I wrote it when I was in a sad place, everyone’s been there.” Introspective and vulnerable, this is a side of Turquoise that is always there, often hidden behind a tough exterior, but never forgotten.

His music journey started with a diss track about his Year 7 teacher Mrs Gupta, eventually graduating to rap battles against his Canberra classmates. And whether those early battles resulted in praise or punch-ons, Turquoise was addicted to showmanship. Today, Turquoise Prince is an artist that critics still find impossible to categorise, and one who thrives on unpredictability with catchy, colourful results.

His breakout single Like Your Friends is upbeat R&B at its best, while the mesmerising Lighter takes things down to a lounging tempo. Hard-headed bangers alongside underground stars (ChillinIt, Mitchos Da Menace)feature Turquoise rapping with a Tongan warrior mentality, and collaborations with local hip-hop heroes (Horrorshow, Hau) have proven that this young shark can easily swim with the veterans. 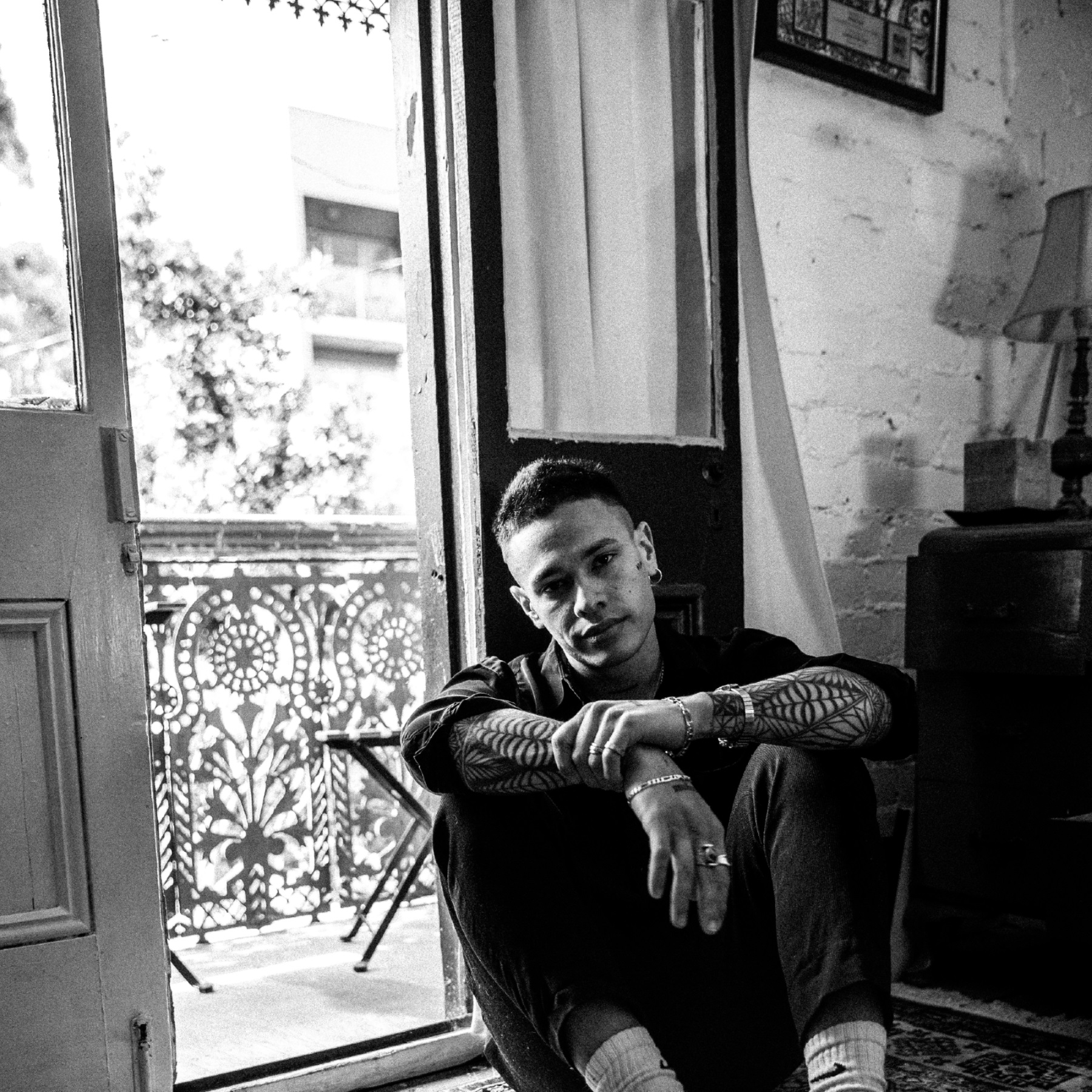 Turquoise is steadily carving out a name for himself as a live performer, having already tackled some of the biggest stages on offer (Groovin’ The Moo, BIGSOUND and Spilt Milk) and taking on national tours with electronica stars Boo Seeka and rap staples Spit Syndicate. March 2nd will see him headline the One Day event One Day in the Capital on his home soil in Canberra alongside Sophiegrophy and Joyride.

2019 looks to be Turquoise’s biggest year yet, with a handful of singles, big-name collaborations and gigs in the works; and he’s determined to keep everyone on their toes. “I might drop some R&B tracks, I might drop some hard tracks,” he says. “I don’t know, I can’t even tell you what I’m having for lunch.” No matter which route he takes, it’s easy to see that Turquoise Prince is quickly working his way into Australian music royalty.

“A revival for Aussie R&B is on the horizon with this polished, raw talent” – Fashion Industry Broadcast