THE DISTANCE ON 27 OCTOBER

THE TITLE TRACK IS

Following on from high profile collaborations with Bonobo, Porter Robinson and Odesza, Totally Enormous Extinct Dinosaurs (Orlando Higginbottom) returns with his first original solo record since the celebrated I Can Hear The Birds in 2020, with his new EP The Distance. On The Distance, Totally Enormous Extinct Dinosaurs finds himself returning to sounds of his Greco-Roman EPs, sharing the roots of ambiguous melancholy, warm melodies and emotional depth.

The lead single ‘The Distance’, out now, is a soulful, ethereal opener that originally made its teasing – yet acclaimed – debut in an Essential Mix. Carefully-treading drums and an immersive bass flesh out the central focal points: plaintive vocals and a diffracting melody that feels like the first rays of sunshine after a cold winter’s night.

The Distance speaks for something bigger than just crowd-pleasing dancefloor fillers.  ‘A Dream I Have’ steps into a more playful gait, as though finding a collective groove amidst a yearning for something beyond the four walls of lockdown life. ‘Into The Light’ ramps up the drums and turns its head upwards simultaneously, its mood lamenting but also hopeful for the future ahead. ‘Emerald’ is a fittingly multi-faceted, bejewelled house closer, with a poignant intensity radiating from its juxtaposing senses: deep, big-room basslines offset by piano riffs, celestial vocals and even the odd twinkling bell.

Some moments on The Distance have a sense of mortality to them – those hazy, transient moments that are lost the morning after, with only fragments embedded into the recesses of the mind. But some have something deeper – a rosy tint of nostalgia that finds the listener submerged in a memory that will stay eternal, no matter how much they try and forget it. This EP sits firmly in the second scenario; it’s an atmospheric record to soundtrack the moments that initially might seem to be temporary, but in reality are preserved forever, within. 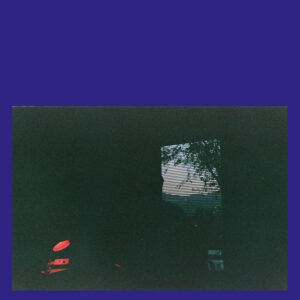 Stay Connected Within Black Of Hearts