NEW SOLO ALBUM ‘I FELT THE

Ivy League Records are excited to announce that Toby Martin’s third solo album, I Felt The Valley Lifting, will be released on Friday 10 September! Written while living with his young family in Slaithwaite — a post-industrial village in northern England — and made in collaboration with local folk, rock and Persian musicians, the frontman and songwriter for Sydney band Youth Group draws from his newfound love of British Isles folk music and merges it with the kind of fuzzed-out, off-kilter indie rock that obsessed him in his youth.

To celebrate the announce, Martin has dropped the first single, ‘Linthwaite Houdini’, heavily inspired by British Isles folk music and local lore. “My friend Arthur told me the story of the Linthwaite Houdini one night as we walked across the moors to the pub,” Martin explains. “He told me about the man who buried himself alive at the village fete and how it all went horribly wrong.  ‘When did this happen?’ said I. ‘The 18th century?’ ‘No,’ said Arthur. ‘2015.’

Martin was immediately captivated by this seemingly “olde worlde” story, but it wasn’t just the dark humour and tragic narrative arc that appealed. “Something about the story really resonated with me more deeply: the ways in which people throw themselves into crazy projects and start to lose themselves in them,” says Martin. “They become so taken up with them that they start to lose perspective. It seemed like a story I could relate to!”

‘Linthwaite Houdini’ is taken from I Felt The Valley Lifting, which was recorded and mixed at Yellowarch Studios in Sheffield, UK, with Colin Elliot (Jarvis Cocker, Richard Hawley).

The result is a heady mix of freak folk explorations, freewheeling melodicism, molten white noise and, in true Toby Martin style, sharply observed story-telling. Equal parts tender and abrasive, challenging and inviting, moving and slyly funny, I Felt The Valley Lifting sits comfortably alongside acts like Neutral Milk Hotel, The Decemberists and The Mountain Goats in your record collection, while also possibly being the only record made this millennium to use the word “widdershins”.

Martin is perhaps best known for his role as the lead singer of much-loved Sydney rock band Youth Group, with whom he has released five studio albums, toured the world, won an ARIA, and reached #1 on the ARIA Singles Chart with ‘Forever Young’. The band’s most recent album, 2019’s Australian Halloween was feature album on Double J and named by the station as one of its top records of the year. The Sydney artist has also released two solo albums, Love’s Shadow (2012) and the most recent of which, Songs From Northam Avenue (2017), was inspired by stories from the Sydney suburb of Bankstown and featured musicians based in Western Sydney from a diverse range of backgrounds. Martin is also a historian of music, especially country music, and is currently based in Sydney where he works as a Lecturer in Contemporary Music at the Conservatorium of Music. 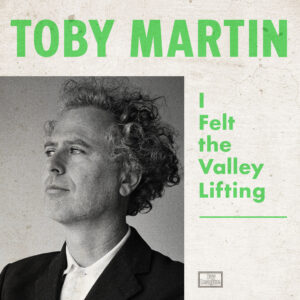