This new track features a bouncy house bass-line with glitchy sultry vocals throughout. Tina Says has delivered several impressive productions to date: a selection of industrial, dark house and techno jams by way of Check It, Sweat, With Me and the edgy banger Spin. Elevate continues in that vain, another summer dance floor gem.

As a DJ/producer, Tina Says first began making a name for herself when she won the What So Not comp which saw her support What So Not for his Perth show. She has also played various festivals around the country including Castaway, Splendour in the Grass, Southbound, Sets on the Beach, Wine Machine and EMC Play. Now she is set to play to play the Habitat Garden Party on November 17th.

Tina Says is one of Perth’s most in-demand DJs, and one of the scene’s most exciting emerging producers. 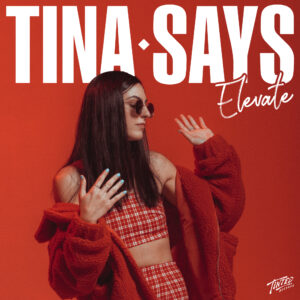