THE STATE OF MUSIC INTRODUCING

SERIES PUTTING THE SPOTLIGHT ON

PART OF VICTORIA TOGETHER INITIATIVE

Mushroom Group are pleased to announce The State of Music – INTRODUCING series, a new streaming initiative developed in partnership with the Victorian Government as part of Victoria Together.

The four-episode series is designed to support and champion Victoria’s developing artists and provides a viewing platform for new music lovers across all genres to tune into during lockdown. The series will be viewable on the Victoria Together Facebook and the website on Fridays at 7.30pm AEST, with the first episode streaming this Friday 21 August. Funding for the project, including an important artist fee, comes via the Victorian Government.

The State of Music – INTRODUCING series was announced this morning by the Victorian Premier, Daniel Andrews who paid tribute to the leadership of the Mushroom Group in developing opportunities for Victorian artists and audiences during the pandemic. 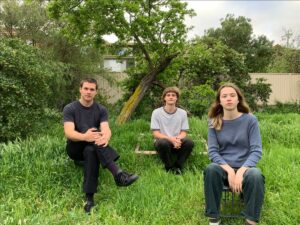 The series will feature performances from exciting new Victorian talent, introduced by fellow respected and established performers. Curated by Mushroom Group, every episode will celebrate three emerging artists who will each perform one original and one cover song.

Filming for The State of Music – INTRODUCING has taken place over the past few weeks.  The production team planned and adapted to remain in line with health and safety guidelines while still delivering this showcase of some of Victoria’s most exciting new talent. The series will feature performances professionally filmed by Mushroom Vision as well as performances filmed by the artists themselves and professionally edited and collated by Mushroom Vision. 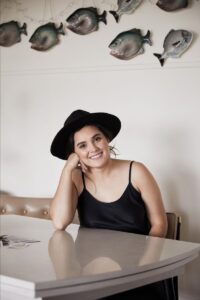 As a taste of what to look forward to, don’t miss huge fan and Australian legend, Paul Kelly, introducing Jess Hitchcock in Episode One.  Jess’ songwriting takes you on a journey through love, loss and self-discovery.  She draws inspiration from her Saibai Torres Strait Island and Papua New Guinean roots, mixing the sweet sounds of her ukulele with mesmerising vocals.

Also in this debut episode, Josh Teskey (The Teskey Brothers) will introduce indie-rocker Gena Rose Bruce. Bruce has received critical acclaim in Australia having taken out Album Of The Week in both the Sydney Morning Herald and Brisbane Times. The artist’s playful yet confessional lyrics and pulsing rhythms also had her nominated for Best Breakthrough Act at the 2019 Music Victoria Awards. 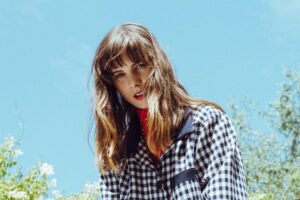 Michael Gudinski, Mushroom Group Chairman and Founder, says: “After the success of The State of Music series we are thrilled to be back working with the Victoria Togethergovernment team on INTRODUCING. This new initiative is designed to develop new opportunities and shine a light on 12 of the best emerging artists from our great state of Victoria; across all types of genres and postcodes. It will give musicians the opportunity to be heard not only by their fellow Victorians, but by music lovers from around the globe.”
Fans should tune in for a weekly fix of music discovery!  The first of four episodes of The State of Music – INTRODUCING streams this Friday 21 August via the Victoria TogetherFacebook and website together.vic.gov.au.

THE STATE OF MUSIC
INTRODUCING SERIES