THE KILLERS RETURNING TO AUSTRALIA

IN NOVEMBER 2020 ON THEIR IMPLODING

Frontier Touring are thrilled to welcome The Killers back to Australia for four massive headline shows this November. This will be The Killers’ first time back on our shores since their 2018 Australasian tour which included ten completely sold-out arena shows.

The Australian leg of the Imploding The Mirage Tour kicks off at Brisbane Entertainment Centre on Wednesday 11 November, before visiting Sydney’s Qudos Bank Arena on Saturday 14 November, Perth’s RAC Arena on Wednesday 18 November, and wrapping up with the band’s first Melbourne stadium show at AAMI Park on Saturday 21 November. 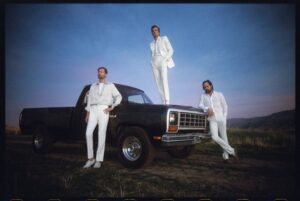 The Killers will tour our shores as part of the Imploding The Mirage 2020 tour, playing headline shows and festivals across the globe in celebration of their sixth studio albumImploding The Mirage (out Friday 29 May through Island Records/Universal Music Australia).
Today’s tour news coincides with the release of lead single ‘Caution’, the world’s first taste of Imploding The Mirage. The track is the band’s first new material since the January 2019 release of stand-alone single ‘Land Of The Free’. The official ‘Caution’ video will be released next week.

Imploding The Mirage was self-produced by the band in partnership with musical engineer Shawn Everett (The War On Drugs, Kacey Musgraves, Beck) and Foxygen multi-instrumentalist Jonathan Rado. The album as a whole is heavily influenced by the likes of Kate Bush, Peter Gabriel, Bruce Springsteen and New Order and promises something of a return to the Heartland Rock sounds of much-loved albums like Sam’s Town and Battle Born. The list of featured artists includes Lindsey Buckingham, kd lang, Weyes Blood, Adam Granduciel (War On Drugs), Blake Mills, and Lucius.

‘The Killers are, whether you like their music or not, the pinnacle of live music performances and should be seen for both the spectacle and showmanship of the band.’ – The Advertiser

VIDEO: ‘Mr. Brightside’ by The Killers

The Killers first burst onto the scene in 2004, topping Australian charts and going double platinum with debut album Hot Fuss. Featuring hit singles ‘Mr. Brightside’ and ‘Somebody Told Me’, the album received instant popularity and widespread international success. Since then, the band have sold over twenty-five million albums worldwide, and headlined all of the world’s top festivals including Coachella, Lollapalooza, Glastonbury and received countless accolades including multiple Grammy nominations, American Music Award nominations, MTV Video Music Awards and NME Awards.

‘Brandon Flowers and co – with a little help from the Pet Shop Boys, Johnny Marr and the pyrotechnics department – provide one of those special Glastonbury Moments’ – ★★★★ The Guardian

The band’s most recent album Wonderful Wonderful (2017) peaked at #1 on both the Billboard and ARIA album charts and has amassed more than 342m+ combined streams globally to date. NME have since cited Wonderful Wonderful as the album where The Killers frontman Brandon Flowers “bares himself more than ever before” as a songwriter and further cementing this as the band’s “best album since 2006’s ‘Sam’s Town’.

On the very same day that Wonderful Wonderful hit #1 on the ARIA Album Chart, the band took to the stage at the hallowed Melbourne Cricket Ground for the 2017 AFL Grand Final and absolutely killed their set:

‘The Killers’ set has already started to be considered as one of the greatest AFL performances in recent years.’ – Tone Deaf

The Killers are exceptionally well-loved down under, amassing more than 263 million streams and selling almost one million albums (and counting!) in Australia alone. With all ten shows on the band’s 2018 tour completely selling out, secure tickets now to avoid disappointment. General public tickets on sale on Monday 23 March via frontiertouring.com/thekillers 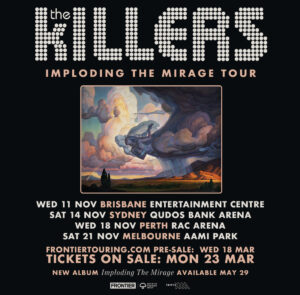 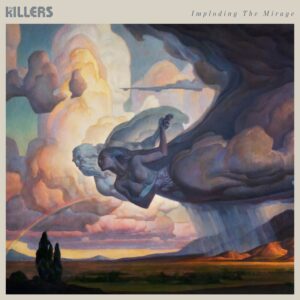 Imploding The Mirage
The Killers

Album out Friday 29 May through Island Records/Universal Music Australia