Pop legend Taylor Swift kicked off her second show of her Reputation world tour on Friday 26th of October 2018 at the newly named Marvel Stadium in Melbourne.

The stage production with the 2 huge LED screens as a backdrop was enormous and looked incredible! You could tell not a penny was spared bringing this amazing show to life! Every tiny detail was perfect to make sure everyone lucky enough to have a ticket would leave with a memory that would last a lifetime. You know you are in for a night of pure entertainment when there’s pyrotechnics and a giant cobra as the tour mascot.

As expected, the concert was sold out, the same as every show on the Australian leg of the tour. Filled mostly with young excitable teenage girls, some accompanied by their mothers whom are most likely fans themselves! To give it an even more magical feel, you received a wristband as you entered, that synced to the music and would light up the stadium as each song played. A lot of artists tend to be doing this these days and it is a brilliant touch! 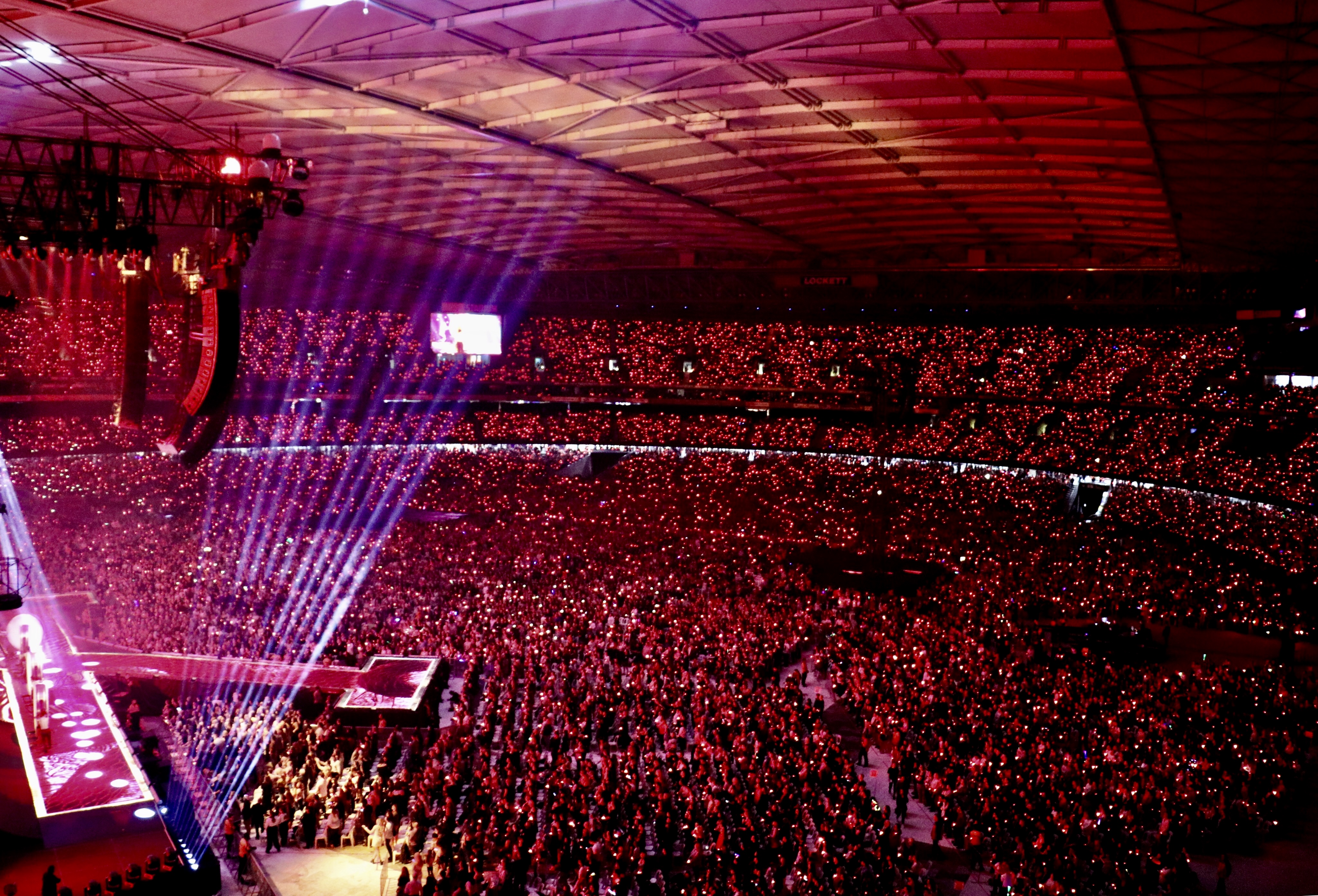 Dressed in a glittery black jumpsuit, Tay Tay opened the night with ‘Ready for It’, which got the crowd pumped and ‘ready’ for the night. Perfect choice to start! Seeing her incorporate her backup dancers with the song really brought the song to life.

Next up she sang ‘I Did Something Bad’. Smothered with red pyrotechnics and fireworks to show she means business she yelled “ If a man talks shit, I don’t owe him nothing!” A message to all the young girls in the crowd as they roared their approval.

Together with her backing vocalists Swift next unleashed the tongue-in-cheek ‘Gorgeous’. They cleverly made the stage appear to look like a bathroom mirror as they performed it, and it looked amazing!

You could feel the adulation oozing from the delirious crowd as the Tay Tay disciples screamed at her every move.  Showing her enormous talent, she then integrated ‘Style’ ‘Love Story’ and ‘You Belong to Me’

It was really nice to see how much the dancers and backing vocalists means to Swift as she introduced all of them by their first name to the crowd, one by one. Nice touch!

At the half way stage the famous tour mascot made its appearance, a massive cobra statue where Swift breaks into ‘Look What You Made Me Do’. Great dance choreography and a good mix of dark humour and wickedness. Swift dug deep into her vast back catalogue and brought back some old classics like ‘Im OnlyMe When I’m With You’ from her 2006 self titled debut album, which she hasn’t played live since 2009. 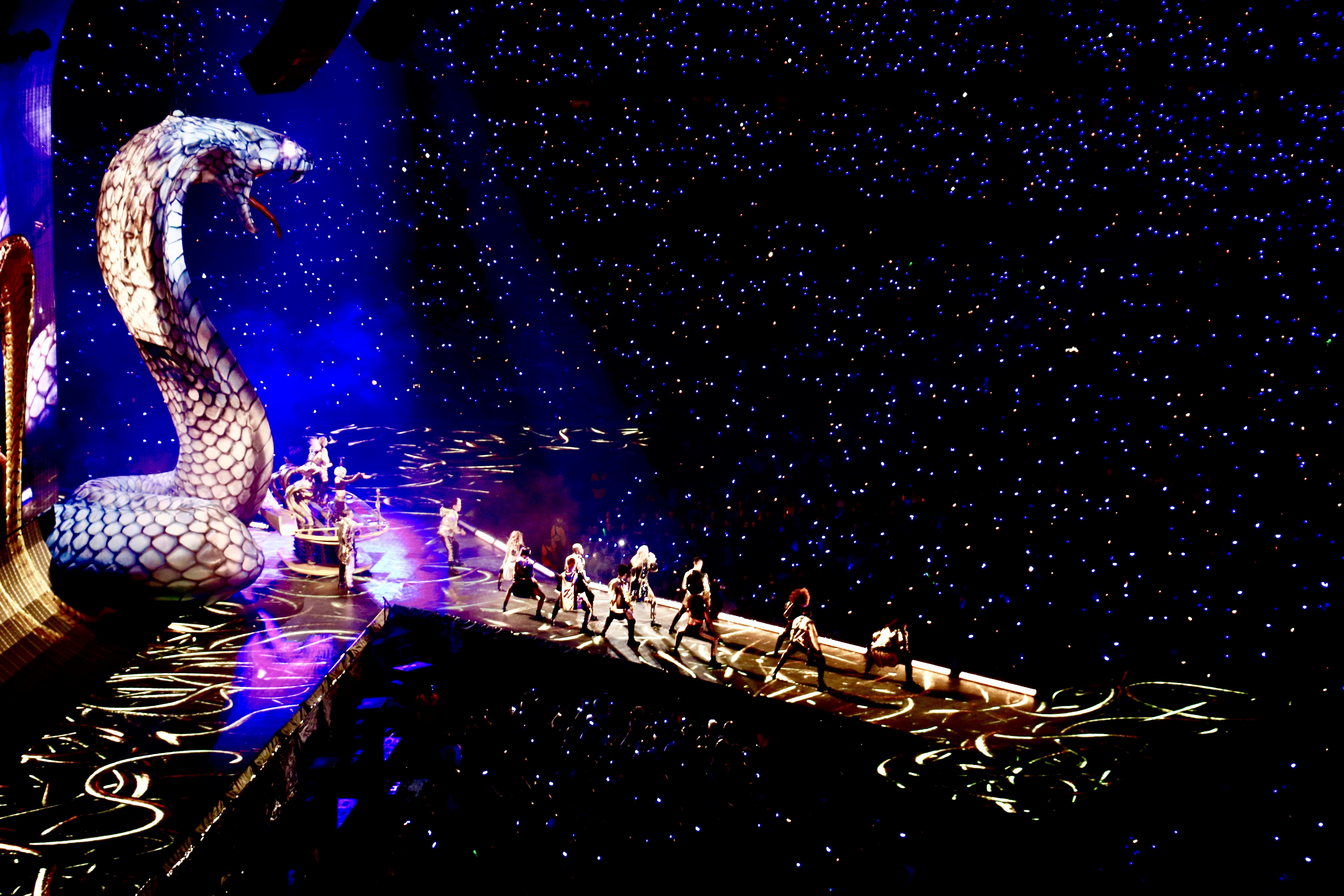 ‘Shake it off’ was energising and she had her 2 opening acts Charli XCX and Broods join her on stage to shake it with her. Another goodie for the night was ‘Blank Space’, one of the most popular tracks from her brilliant 2014 album ‘1989’. She played it to perfection!

After another medley of ‘Bad Blood/Should’ve Said No’, she reaches a new level performing a bluesy ‘Don’t Blame Me’. A very powerful performance, showing she really has grown as an artist.

Then came this amazing backdrop of old highways and mountains as ‘Getaway Car’ starts. The whole performance looked like a live music video. Brilliant! 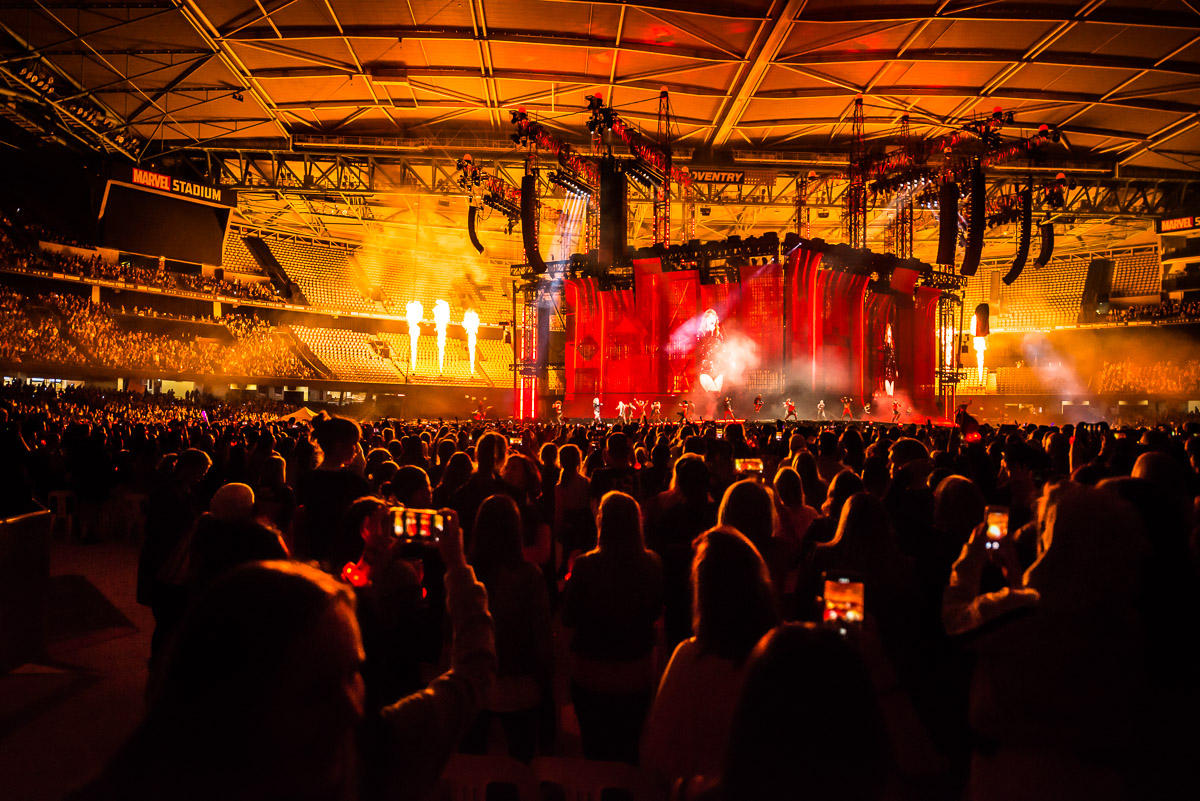 Ending the night with a combination of her well known classic fun tracks, ‘We Are Never Ever Getting Back Together/This Is Why We Can’t Have Nice Things’. Her reputation as pop royalty was only enhanced after this speechless once in a lifetime experience. Pure entertainment at its best!

Swift has shown after seeing her live that she is one hell of a performer. Its easy to see why she is so universally loved and adored. Taylor Swift is definitely here to stay. Tay Tay fan or not, ‘she’ll never go out of style’.