With playful lyrics that trigger nostalgia, ‘Burnin’ is all about the initial feeling you
have towards someone that you fid yourself attracted to, and the burning desire to
be with them. Reminiscent of Bruno Mars and old-school Cee-Lo Green, ‘Burnin’ has
the intention of getting you up and moving to the beat.

” I want everyone up and tapping their feet to this release. I hope the energy I had
in the recording studio singing the song, comes out for the listener because that
is my main aim.” – Nick Marcus on the track 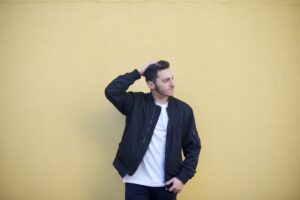 Produced by Max Mitchell at Major Minor Productions, the track features vibrant
instrumentation and lyrics charged with bravado that were written and recorded by
Nick himself. His inspirations behind the track include Mark Ronson and Bruno Mars,
where Nick found himself wanting to emulate the energy of ‘Uptown Funk’.
Nick Marcus is a 21-year-old musician from Sydney with soulful vocals that bring
his slightly R&B and pop sound to life. Challenging himself with differing musical
styles and moods, Nick’s music has the intention of emoting with the listener.
Whether it is to get everyone on their feet or reminding them of past experiences,
the main reason he creates music is to bring “feeling back.”
Expect a lot more from Nick Marcus in 2020, with a self-titled EP slated for
release later this year that is sure to showcase his versatility as an artist.

” The record has that soothing singalong effect which is suitable for those late
evening strolls or drives.” – Aipate

Watch the video below: