Perth, Western Australia’s favourite industrial sons, SPARROW, are returning today with the news of their new single, the first taste of an upcoming album! This new single release ‘Machina’ is available for pre-order now on all good digital outlets at https://ffm.to/sparrow_machina.

Sparrow worked alongside talented/celebrated mixer/producer, FORRESTER SAVELL (Karnivool, COG, Dead Letter Circus) to bring this track to life – and this is only the beginning of a mountain of new music coming from Sparrow over the coming months. The new single will be released via The Orchard/Sony and Sub Rosa.

The new single ‘Machina’ develops and expands upon the heavy, industrial, digital sound of their previous release and doubles down on that. Vocalist Sean Hendry, said of the new single, “We can’t wait for this to be out there in the world, it’s been a little while in between drinks and this new music is the stuff we are most proud of to date!”

Formed in late 2010 by Songwriter Sean Hendry and Drummer Clint Gatter, Sparrow began as I SAID THE SPARROW, a side-project for a film that quickly grew into a serious entity. The popularity of earliy releases allowed them the opportunity to support a list of national touring acts including Dead Letter Circus, Twelve Foot Ninja and Tonight Alive, tour Australia and make appearances at the Rock the Bay Festival in Melbourne and the popular Hyperfest in Perth.

Acclaimed metal website Metal Sucks said that single ‘Digital People used “…Reznoresque, barebones electronic backbeat to kickstart four minutes of guitar-propelled fury, digital-as-fuck synthesizer sound effects and a double-bass laden chorus that simultaneously implants an earworm deep inside your cranium and doesn’t relent on the pace.” and that their EP Digital People was “…full of bangers just like this one; it’s as compelling a release in 2018 as any, that’s for certain.”

Sparrow’s new single ‘Machina’ will be released on Saturday August 1 – and is available for pre-order/pre-save now at https://ffm.to/sparrow_machina. 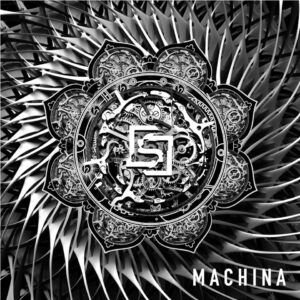