It was on this day 10 years ago, that a group of five 16-year-olds released a song that would be the start of something big. That iconic single was Snakadaktal’s ‘Air’, a song released as part the Australian indie dream/pop band’s self-titled debut EP.

Fast forward a decade, and I OH YOU are thrilled to announce that the Snakadaktal EP, which is seen as a cult-classic by many young Australians, will be pressed on wax for the very first time, as an exclusive translucent vinyl. The limited run which is available to pre-order now, will be released on Thursday 25 November – the 10th anniversary of the EP’s original release.

After taking out the triple j Unearthed High competition in 2011, Snakadaktal signed to I OH YOU to release their self-produced debut EP. The release was championed by triple j and their listeners, with lead single ‘Air’ being voted in at #22 in the Hottest 100, an impressive feat for anyone let alone a group of kids undertaking their final exams.

From these humble beginnings, the band went on to release an ARIA top 10 debut album, headline Melbourne’s Forum, perform as the main support for Mercury Prize Winners Alt-J’s national tour, and play at some of the country’s biggest festivals including Splendour in the Grass, Laneway Festival, plus the UK’s The Great Escape and Dot to Dot Festival.

“The members of Snakadaktal and their music will always be an important part of the I OH YOU family, and our history. Releasing their music feels equally as special today as it did a decade ago.”
– I OH YOU label founder, Johann Ponniah

“This EP will always have a special place in our hearts. They’re the first songs we ever wrote together and will always remind us of being 16, exploring sounds one summer at Phoebe’s house. Love to everyone listening over the years and I OH YOU for the anniversary release x”
– Snakadaktal

Snakadaktal is a beautifully crafted dream-pop record, with subtle, textured instrumentation and haunting vocals that are perfect for vinyl listening. The limited edition translucent 12” vinyl is available to pre-order via store.iohyou.com.

“Packed full of luscious vocals, interesting arrangements and quality songwriting, these songs are perfect for floating down a river and simply getting washed away.”
– The Drum Magazine 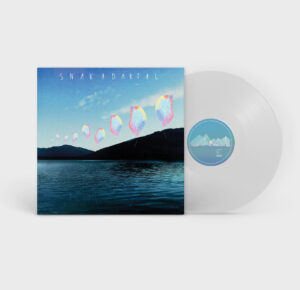 Out Thursday 25 November
through I OH YOU