After a watershed year in 2019, Melbourne rock favourites Slowly Slowly are kicking off 2020 with the announcement of their third album Race Car Blues. The follow up to their critically-acclaimed 2018 effort St. Leonards, Race Car Blues launches today with the reveal of the album’s title track and music video, before the release lands in full on Friday February 28.

The album captures a formative period for Slowly Slowly frontman Ben Stewart. Where St. Leonards found him reflecting on his entire life – harking back to painful moments and trying to rectify them – this album traverses through a crucial 18 months of self assessment and development.

Describing soaring album closer ‘Race Car Blues’ in more depth, Stewart explains that the song was something of a “hard chat” with himself. The track and accompanying music video capture Stewart grappling with the incongruence between where he was at as a person and artist and where he wanted to be.

Though the track and record as a whole offer a space for Stewart’s pain and struggle to breathe, Race Car Blues ultimately  declares a new era of triumph.“For me, Race Car Blues (album) feels like not being a victim anymore, in any sense of it, and really taking responsibility,” he says. “You realise as you get to your late 20s, no one’s going to fix you, no one gives a fuck, the world keeps turning and everyone’s on their own trajectories. If you’re not looking out for yourself, you’ll just get left behind or fall by the wayside, you’ll wake up and all of those dreams you had don’t get actualised.

“For me, it was about knuckling down and asking myself, “what’s important to me?”. If being a good, honest songwriter was important to me, I’m obviously going to be a lot better at that if I’m a happier person in myself, and confident. It was about creating an environment where I could do that.”

Elsewhere, Race Car Blues features slow-burners like ‘Suicidal Evangelist’ and ‘How It Feels’, the explosive and defiant ‘You Are Bigger Than This Town’, while soaring rock choruses are found on ‘Creature Of Habit’, ‘Michael Angelo’ and more. Fuelled by their joint musical foundations in rock and punk, the band – completed by guitarist Albert Doan, bassist Alex Quayle and drummer Patrick Murphy – set out to create a record their teenage selves would love. As is synonymous with their style of writing, vivid lyricism is also on display from front to back.

In 2019 Slowly Slowly ran rings around the country, including a completely sold out headline tour in support of their infectious single ‘Jellyfish‘ and a further regional run following the reveal of ‘Creature Of Habit Pt. 2‘. The four-piece were invited to support the likes of Red Hot Chili Peppers and Amy Shark, played an enviable Like A Version set at Good Az Friday, and appeared at festivals including Splendour In The Grass, Snow Tunes, the inaugural Land Of Plenty, Good Things and NYE On The Hill.

With their most commanding work to date now in the pipeline and mounting critical and fan attention, 2020 is shaping to be another landmark year for Slowly Slowly.

Race Car Blues is out on Friday February 28 via UNFD. 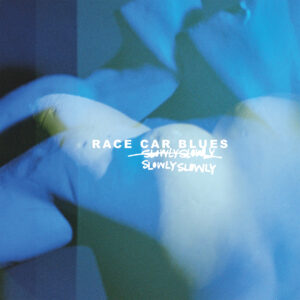