RETURN WITH A BLAZING NEW

A fitting song to follow on from his 2019 release ‘Everybody Must Dance’, Sir Winston pits more charging beats and production against lyrics that offer an insight into the darker side of a hedonistic lifestyle.

Listen to ‘Hollywood Hills’ below

A fitting song to follow on from his 2019 release ‘Everybody Must Dance’, Sir Winston pits more charging beats and production against lyrics that offer an insight into the darker side of a hedonistic lifestyle.

“I’m alone in a house in the Hollywood Hills,” the vocals ring out over beats that will ring true to any fan of LCD Soundsystem or Future Islands. “My girl passed out on the wrong pills,” he continues. Confusion and panic takes over the narrative of ‘Hollywood Hills’ as Sir Winston’s protagonist tries to gain some kind of sanity. “This track was written about a real experience that occurred in the Hollywood Hills, however the track was recorded at Transmitter Studios in Greenpoint Brooklyn New York. The sessions were as crazy as the track. I wanted it to sound very organic. Hours went into tracking the simple organic sounds like the tambourine and the kick drum. You can also hear my boot banging on the floor of the studio in time with the kick drum. We tried so many different things – I wanted to hear the room in the track. Doing the Vocal was like an outer body experience! We also messed around with so many different synths and spent hours and hours on guitar tones – trying so many fuzz pedals and vintage amps.”

Self-produced and recorded in Brooklyn New York with studio master Abe Seiferth (RAC, Car Seat Headrest, Yeasayer), ‘Hollywood Hills’ is a strong step forward for the artist who has already been making waves internationally. His music has been synced by massive brands including Victoria’s Secret & Maybelline, and impressive collaborations with NIKE & Steve Madden, while in Australia, Sir Winston has been reaping praise for his work.Flitting between the indie and dance worlds, the songwriter and producer has been strengthening and impressing with his dynamism with each release.

‘Hollywood Hills’ is Sir Winston taking the listener deeper into his creative world where the rules are non-existent, imagination rules supreme. Where sweaty dancing is encouraged and revellers are urged to roam free. 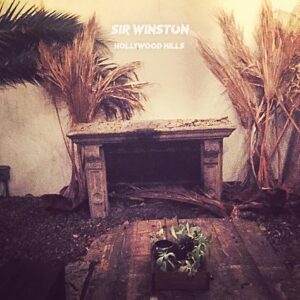 “[they] meld genres, taking influence from a range of sounds including psych-rock and indie-dance.”

“…primed to be a soundtrack to unforgettable late nights.”

“Sir Winston hits upon a rollicking lil groove and then puts his own party spin on it. Fun track.”