AN ARTIST IN ISOLATION IS

The master sonic sculptor Simon Posford has crafted one of his most innovative albums in his 30 years of groundbreaking electronic music production: Flux & Contemplation – Portrait of an Artist in Isolation.

Acclaimed worldwide for his boundary-defying collaboration Shpongle and iconic dance project Hallucinogen, Posford has used this global time of isolation to go back to early modes of production. Rather than framing his compositions in restrictively structured arrangements on computer, he mixed loops in real time to spontaneously sculpt tracks that reflected his in-the-moment perspective of being in lockdown. Knowing all the parts that he had in his palette under the faders of his mixing desk, he daily produced new versions of tracks until he had best expressed his personal experience in isolation.

The result is a masterpiece of electronic exploration and extrapolation that is magnetic and hypnotic in nature. From the first note the listener is drawn into this gallery of sonic portraits, with ruminating thoughts in the form of riffs that keep cycling back, sometimes the same, sometimes different. Posford’s spontaneous real-time mixing forges a real-time listening adventure that captures one’s full attention, his live music-making process inviting more than passive listening: this album is an actual lived-in-the-moment musical encounter that transcends the medium of sound. 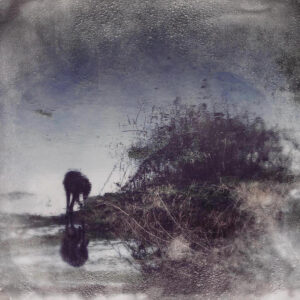 FLUX & CONTEMPLATION – PORTRAIT OF AN ARTIST IN ISOLATION Official Artwork above

In a global culture built on distraction, where music has become more and more a commodity barely heard in the background, Posford’s inspired and involved creative process transforms his handiwork into foreground music, his experience breaking free while in isolation providing a parallel experience for listeners.

Embark on a musical journey that is simultaneously introspective and expressive, a timeless statement of a unique time in history that captures both the personal and universal flavors of our extraordinary era, revealing the freedom that can be found exploring from exactly where you are.

Watch ‘Portrait Of An Artist In Isolation’ below