‘PLANETARIUM’ OUT LATER THIS YEAR

Australian pop outfit Glades today share their latest pop anthem “Blonde” the follow up to “Vertigo” and the second taste from the trio’s forthcoming new album ‘Planetarium’ out later this year. Premiered earlier in the week on triple j Good Nights, “Blonde” is available now HERE.

“Blonde is about helping a friend through a breakup. Sometimes you have to allow yourself to feel the full extent of your emotions to get through something. The song’s about being carefree and allowing yourself to do crazy shit to get over somebody” Joey notes.

Listen to ‘Blonde’ below

On “Blonde”, Glades continue the party, encouraging a freshly single friend to make drastic changes. “Crash your car and have a little more fun,” sings Savage with hyperbole, the track marks an exciting new step for a band that has already carved out an individual space in the Australian pop landscape.

Since the release of the debut album ‘To Love You’ in 2018, the Glades trio – consisting of vocalist Karina Savage (previously Wykes) and multi-instrumentalists/producers Joey Wenceslao and Cam Robertson – have spent the formative years of their adolescence releasing music.

Originally meeting at a Sydney high school and officially forming the band in 2015, their debut track “Falling Away” caught the attention of the internet, before their 2016 track “Drive” put them firmly on the map.

Their 2018 debut album ‘To Love You’  took the band to the next level, propelled by a string of successful singles, including “Not About You” and “Eyes Wide Shut” which nabbed the #1 most played slot on triple j , while global breakthrough “Do Right” went on to become ARIA certified Gold. Meanwhile, the album took them on sold-out tours both in Australia and internationally while also supporting the likes of Rita Ora, Anne-Marie, LANY and Clean Bandit. Their total stream count has since sailed past the 200 million mark. 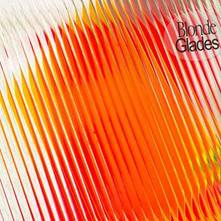