NEW SINGLE ‘SAVE YOURSELF’

Canberra-based electronic artist and producer Ryan Fennis shares his second release of the year, ‘Save Yourself’. Following May’s ‘Overload’, ‘Save Yourself’ is the latest track to be lifted from Ryan’s forthcoming EP ICEBERG due later this year. Listen HERE.

‘Save Yourself’ continues his move away from the R&B stylings of his 2019 Detour EP. A melange of curious textures and a singular layering of influences, ‘Save Yourself’ combines Ryan’s vocals, which straddle the line between indie rock, club and avant-R&B, with propulsive breakbeat drums and a patchwork of gnarled guitars, tangled samples and twisted synths. Nocturnal, subterranean and intoxicatingly off-centre, Ryan Fennis’ new direction sounds as if the Canberran producer is capturing the moment of being caught between rooms in a blacked-out, sweaty-walled nightclub, your limbs contorting strangely, tracks bleeding into one another in a way that can never be replicated again.

As with anyone attempting to create something new, Ryan Fennis’ music is defined by the lack of guidelines in place. Freed from any responsibility to what’s come before, he finds room to experiment with a collage-style songwriting process and bent production sensibility that throws left-of-field samples and genres ranging from club music, psychedelic-tinged indie rock, jazz and new wave up against one another. Governed by intuition, innovation and a sense of authenticity, his music is a constantly evolving experiment in progress, always opening itself up to new styles while growing more refined and assured at the same time.

Growing up in the nation’s capital feeling distant from the music being released, locally and around the country, Fennis was initially drawn to outside influences as his songwriting talents began to incubate as an adolescent. Now he locates inspiration from within, consolidating and refracting everything that makes up the Canberra he lives in through his own music and visual art: the landscapes, local dialects, iconographies, communities and creative collectives, weekly parties and more. His forthcoming EP is his attempt to give shape and sound to what it means to live in, come from and identify with Australia’s capital city; ICEBERG is in part an analysis of life in Canberra, and a distinctly Ryan Fennis experience.

In 2019, the release of Detour saw Ryan Fennis receive praise from KCRW, FBi Radio, Bandcamp, Best Before, Purple Sneakers, Peril Magazine and more for his undefinable, genre-defying mix of sounds. Following his debut headline tour and showcase at BIGSOUND Festival, ‘What You Want’ featured in Season 2 of Matt Okine’s comedy series The Other Guy. His forthcoming music is his most mature, purposeful and true-to-himself work yet, as Ryan Fennis continues to grow into his ever-mutating sound.

‘Save Yourself’ by Ryan Fennis is out now, buy/stream it here. 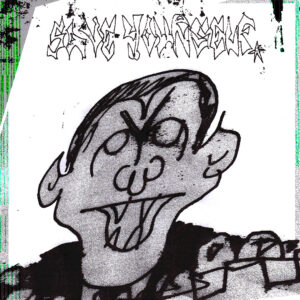