Thrilling multi-instrumentalist and producer, Perth’s Ukiyo returns today with his entrancing new single Good Enough featuring Maribelle – a modest change of pace from the lofi electronic records of his Mixtape series, Ukiyo has produced a sensational blend of ambient indie-tronica and synth-driven future pop.  The track is perfectly complemented by a hypnotic video that will take the viewer on a mesmerising journey into a ravaged world, where the video seeks to compare a doomed relationship within the lyrics of the song to the state of the Earth – exploring the daunting idea of humans doing the bare minimum to get by – taking on the ‘good enough’ attitude.

Inspired by artists like Mac Miller, Porter Robinson and Bonobo, Good Enough is a synth-laden masterpiece with a bouncing melody, and offers an uplifting take on a relationship that is going nowhere. Maribelle croons in that lively, soulful vocal she’s best known for – “Falling out of love.  If we give it up, give it up.  At least we know that this was good enough.”

Offering insight into the song, Ukiyo says, “For me, Good Enough is all about being happy with what you have. I’m a person that struggles to keep my mind away from thinking about what ‘could’ve’ or ‘should’ve’ instead of focusing on reality. This track came about at a time that was very much a turning point for me with how I chose to view the world. I think it’s an important message for people to hear, especially in a time like now.”

Working with production company Blacklake who have made clips for OTR, Shallou, Martin Garrix and more, Ukiyo explains how the video for Good Enough came about, saying, “Some of the most common things I hear about my music is it’s a great soundtrack for travelling & adventuring.  I guess that makes a lot of sense with all the vlogs and videos I’ve seen it combined with.  At its core I think those two things represent movement & escape, which is what this video and the ones that come after represent.  It’s pretty difficult to make a conventional music video in the current times, but the situation has opened my eyes to things I might not have usually tried.  I had some basic concepts I knew I wanted to explore in the videos which I took to Blacklake and they made them a hundred times cooler.”

This is a 23 year old with a clear vision for his art, and an impressive host of accolades to hang his hat on.  Will Smith and Casey Neistat borrow his songs for vlogs, US pop star Pharrell Williams and Dutch DJ Martin Garrix added him to their playlists – it’s promotion that money can’t buy and thanks to some big name fans, Perth’s own Timothy Arnott has amassed near on 30 million streams, and landed syncs with big brands like American Eagle, Ripcurl, Microsoft, Volkswagon, HBO and Netflix for the relatively small handful of electronic songs he’s released under his Ukiyo moniker.

And with his LP completed and set for release later this year, Ukiyo drops some exciting info on exactly why we should be prepping ourselves for a killer debut album, enthusing, “I’m absolutely in love with the Australian music scene, so in the unique position I’m in as a producer, I knew I wanted my album to be a showcase of some of the incredible talent we’ve got here.  These singles and the album are as Australian as it gets with production (obviously), and all features, mixing, mastering and artwork all done by Aussies.” 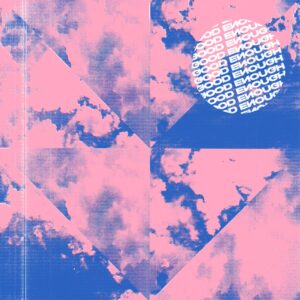