Leesburg, Virginia-based band My Kid Brother, who are newly signed to Fearless Records, have shared the video for “Aint That Cool”. The song is now available at all digital platforms here.

“I got pretty obsessed with Jackie Wilson’s song ‘Higher and Higher,’ and wanted to write something in that style,” says singer/guitarist Christian Neonakis. “It was difficult. I didn’t like anything that I was making. So then I wrote a song about how frustrated I was with trying to write a song.”

The band previously premiered the video for “Daydream,” which features a clandestine dance party, parrots, and dogs, at Alternative Press.

My Kid Brother is Christian Neonakis (vocals/guitar), Piano Whitman (keyboard/vocals), Sam Athanas (drums), Dylan Savopoulos (guitar) and Richard Smith (bass). After three years of flaunting their serene and nostalgic tunes across the US, My Kid Brother have joined the Fearless family alongside artists to the likes of I Prevail, Pierce The Veil, Underoath and Australia’s own Eat Your Heart Out among others.

More information about My Kid Brother’s Fearless Records debut will be announced soon. “Daydream” is out now and available at all online stores and streaming platforms! 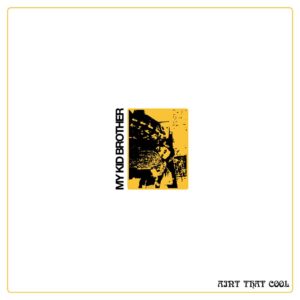