Mushroom is excited to unveil the release of its first ever original podcast, 180 Grams. 180 Grams is an ongoing series which tells the stories behind remarkable albums, inviting fans into the lives of some of the most renowned and loved artists of our time. Season one of the 180 Grams podcast uncovers the highs and lows and untold stories from Warrandyte locals to international rock’n’soul group; The Teskey Brothers.

180 grams is the weight of a collector’s edition vinyl record. Unlike the stories in the show, 180-gram records glide smoothly on turntables thanks to the weight.

Across six episodes, as the debut season of 180 Grams delves into the making of The Teskey Brothers’ acclaimed sophomore studio album Run Home Slow – listeners are taken on the journey from pre-production all the way through to sold-out international tours.

180 Grams is a tag-along adventure of creative struggle, teenage friendship and global fame with a universally loved band from the country town of Warrandyte, Victoria. Join music journalist and the Run Home Slow podcast host, Mikey Cahill, each Tuesday over the next six weeks as The Teskey Brothers bare all in learning the ropes of the music business and the pressures of making a second album filled with nuance, tension and carefully crafted songs.

The podcast is filled with little treasures for The Teskey Brothers super fans, including a pattern in the instrumental music used throughout the six-episode series. In order of appearance on the album, instrumental tracks are used to score the narration and guests in each episode: ‘Let Me Let You Down’ (track 1) before switching to stems from ‘Carry You’ for the second half.

Many people who work intimately with the band were interviewed for the series; 32 in total across the USA, UK, Germany and Australia including Josh Teskey (vocals and rhythm guitar), Sam Teskey (lead guitar), Brendon Love (bass guitar) and Liam Gough (drums) who make up The Teskey Brothers. Fun fact: Episode 1 incorporates more than 210 individual bits of audio.

Episode 1: I Bet They Can’t Do It Live is available now on all major podcast streaming services.

‘You could tell that they’d been a band for 10 years. They just sounded unbelievable, you know, as tight as they do now, how often do you get to see a band who’s had 10 years to perfect their craft?’
– Marihuzka Cornelius, A&R Manager, Ivy League Records
‘Let’s get this clear, signing the Teskey Brothers, I’ve signed many acts in my career, but signing the Teskey Brothers was without a doubt the proudest moment of my career, partly due to the fact that it took so long.’
– Danny Roberts, former A&R Manager, Decca/Universal
‘My warning to them and the manager Jeremy was do not give a free hand to any famous producers. Because as long as I can see is you suddenly got famous because your sound is so unique in 21st century because you are doing everything like as if you are in a 60s.’
– Nao Anzai, sound engineer
MIKEY CAHILL, HOST OF 180 GRAMS

Mikey Cahill is a culture consultant who is a jack of all trades, master of some.

Cahill has worked as a music journalist and video content provider for the last 22 years while contributing to News Corp, The Age/Sydney Morning Herald, Resident Advisor, Time Out, Beat and themusic.com.au.

He has hosted keynote speeches at Face The Music and BIGSOUND Conference and is a head judge of the $30,000 Australian Music Prize.

He runs a weekly trivia night at Revolver Upstairs for the last 10 years and Cahill also has a super-secret job as a certain football club mascot and a Working With Children permit (phew).

His new gig is running Wham Bam Thank You Fam day parties with Jerome Borazio (Laneway Festival). In short, he’s a fan of the people. 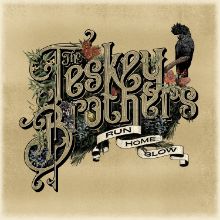