‘GETTING OVER ALL OF IT’

Personal stories, paired with enthralling storytelling, has always inspired Matthew Gilbert’s songwriting. ‘Getting Over All Of It’ marks the forthcoming sophomore release for Gilbert, filling ten glorious tracks with his signature, ethereal charm and ‘straight-from-the-heart’ compositions. Having successfully funded a Kickstarter campaign for the album’s recording & release, Matthew Gilbert’s audience now waits with anticipation to begin to hear the creations they’ve supported over the past year. With the album and his core group of fans playing such a large support in his life, Gilbert is now so eager to give back to his fanbase, providing a set of sounds, melodies & stories for them to carry with them throughout their own journeys.

With ample amounts of time on his hands, alongside an abundance of creative energy, Matthew Gilbert penned and produced ‘Getting Over All Of It’ during the hard, stage four lockdown that was blanketed across Melbourne in 2021. Hundreds of separate audio tracks were utilized in the creation of its final form, with these sourced to include choral & orchestral arrangements from Germany, United Kingdom, Japan and the United States. Mixed by Jacob Sells (Woodlock, LANKS) and mastered by Adam Dempsey (Courtney Barnett, Paul Kelly), the final album was lovingly pieced together to create a work even greater than the sum of its parts.

“I was planning to release these songs as singles, but when listening through I was struck at how they all flowed from similar events and themes. Not only that, but I felt a tug on my heart, there was a deep sense of ‘letting go’ I needed from this music being released In an Album format. Hence, ‘Getting Over All Of It’” Matthew Gilbert

“The process of creating this music happened over the last 2 years. In and out of lockdowns the album was recorded mostly in homes around the world. From Australia to the United Kingdom, Germany, America and Japan ‘Getting Over All Of It’ features over 23 amazing humans in its creation. All of it gorgeously arranged by myself.”  Matthew Gilbert

‘Getting Over All Of It’ is out now 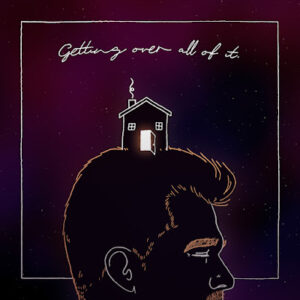 Following on from his debut LP ‘This Heart’, performed alongside an 18-piece ensemble and elevating the release event to a truly cinematic experience, Matthew Gilbert has chipped away to create an album that is next step in the vivid & detailed sonic journey within his songwriting. A collection of music stories from the past 5 years of his life, there is an abundance of highs and the deepest of lows across the release. Lead single ‘Out Of The Contempt’ epitomizes this, channeling honesty, depression & heartbreak to unveil the inner-workings of his psyche, when moving past a deeply hurtful period in his life.

Out Of The Contempt is the crowning jewel of my upcoming album ‘Getting Over All Of It’. It completes the story of moving through the last 5 years of my life. Filled with depression, relationships, church hurt and restoring faith. Out Of The Contempt sings about moving on from all the hurt, regardless of getting closure, for the sake of healing. Out Of The Contempt is an Alternative Cinematic Soundscape full of orchestral elements and authentic ambient tones.” Matthew Gilbert

“We all go through tough times, but rarely do we take the necessary space to reflect. This was me. Failing to invest in my own health I was neglecting something deep within my soul. Distant sounds, melodies and stories around me that were yearning to be told.‘Getting Over All Of It’ is a collection of musical stories from the last 5 years of my life. These have been some of the most soaring mountain top highs and the deepest lurching lows.” Matthew Gilbert.

Matthew Gilbert is emerging gradually as one of Australia’s premiere indie-folk performers. With an abundance of relatable and moving stories up his sleeve, Gilbert capivates listeners with his honest melodies, lush harmonies and mysterious lyrics – hitting hard but always pulling back for a warm embrace when complete. His heartful songwriting is the tonic for a cold night, difficult week, heartbreak, lost love or any setback faced in the to & fro’s of day-to-day life. 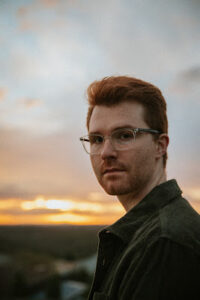 MATTHEW GILBERT ‘GETTING OVER ALL OF IT’ RELEASE SHOW


PRAISE FOR MATTHEW GILBERT & ‘GETTING OVER ALL OF IT’

“The end result speaks for itself; a ten strong collection packed with Gilbert’s signature charm, lush harmonies, and mysterious lyrics. Set for release tomorrow, stand-outs include the ethereal “Into The Moon”, and the wonderful rise and fall of duet “Burning From The Inside”. Recent single “Out Of The Contempt” also shines, with Gilbert describing it as the “crowning jewel” of the album.”

“… a penchant for heart-on-the-sleeve lyricism.”

“Into The Moon Definitely stands out to me – really well delivered, subtle, and draws you right in. One for the night walkers!”

“The Process is a very pretty track. The voice is super gentle on the ears – matched by the pleasant folk backing.”

“Matthew Gilbert has really impressed me with “Out of the Contempt,” an epic slice of indie-folk. It’s got a soaring score, created by overlaying more than a hundred audio tracks sourced from around the world. Its introspective lyrics anchor this beautiful song”