Australian producer LUUDE delivers an emotive dance release for his new EP, ‘6AM’! Already this year, LUUDE announced his signing to Sweat It Out and released two festival-ready anthems on his double A-Side ‘Luudoskins’. Today he releases a five-track EP which features the two previously released singles from ‘Luudoskins’ ‘Arms’ and ‘Butters’ as well as showcasing his production versatility with three new singles, soundtracking a vibrant and eventful, dance-filled night out.

The release opens with ‘Wanna Stay’ which sees LUUDE utilise the soulful vocals of Perth indie-rock outfit Dear Sunday and blend in his signature drum and bass touch to create a fast-paced energetic anthem! Next is ‘Glenorchy’, mixing heavy and dark synth with warehouse inspired techno sounds, which are contrasted against a lighter, high pitch vocal. Following on is the already released ‘Arms’ and ‘Butters’ which see LUUDE fuse his forward-thinking electronic production with energetic breakbeats, and heavy bass drops. Finishing off the body of work ‘Bridgewater’, a vibrant single that is built around a commanding vocal, followed by an emotive synth melody, emulating the feeling of being at a festival in the early hours of the morning.

LUUDE discusses his inspiration behind the release, “I wanted it to be a record that can be listened to through the stages of a day and night. I was writing most of it through lockdowns so I was just writing tunes that felt like being out. ‘Wanna Stay’ just has a loose fun energy about it – feels like a bunch of mates getting rowdy in the pub – which is how most nights in Australia start, ‘Butters’ and ‘Arms’ get a bit more late night club focused, which is generally where most nights lead – then ‘Bridgewater’ and ‘Glenorchy’ are those emotional kick on tunes for when you’re feeling it at 6AM – so it’s all stages of the night.”

LUUDE is also recognised as one half of the well-respected Australian duo, Choomba, who have been endorsed by tastemakers such as The Magician, Claude Von Stroke, Richie Hawtin, Claptone, and Riva Starr. Most recently the production powerhouse released ‘Say It feat. LP Giobbi & Blush’ko’, which had the heavy support of triple j and dance music icons, Martin Jensen and Benny Benassi!

Under his solo project, LUUDE aka Christian Benson has had an impressive career to date, he has scored over 30 million streams across his catalogue. Moreover, his singles have also caught the attention of tastemaker outlets Stoney Roads, Pilerats, DJ Times and This Song Is Sick. On the touring side, The Tasmanian born, Perth Raised, Gold-Coast based artist quickly took hold of the local club circuit, becoming an in-demand name across Australia. From there, the local talent sold-out shows around Australia and New Zealand as well as festival appearances at Listen Out, Field Day, This/That and the forthcoming Wildlands festival! 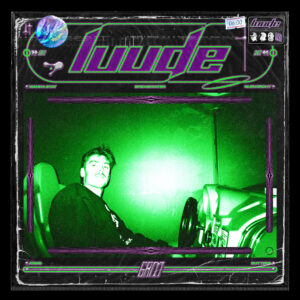