‘SAY SOMETHING’ | OUT NOW

The brand new video for Kylie Minogue’s single ‘Say Something’ is out now. The video sees Kylie riding a golden horse through an intergalactic space scene. The kaleidoscopic, other-worldly visual was directed by Sophie Muller, who has previously worked with Beyonce, Bjork, Radiohead, Coldplay, Gwen Stefani and, of course, Kylie herself.

VIDEO: ‘Say Something’ by Kylie Minogue

‘Say Something’ is the first single released from Kylie’s highly anticipated album, DISCO, out on November 6th. Upon release, the new track was instantly added to all major radio networks nationally. Produced by Jon Green and long-term collaborator Biff Stannard, ‘Say Something’ has received wide-spread acclaim.

DISCO is the first new album since Kylie’s 2018 album Golden, which hit number 1 in both Australia and the UK. Kylie is Australia’s highest-selling female artist with five chart-topping albums, and 80 million albums sold worldwide. Kylie has many awards and accolades to her name, including 16 ARIA Awards, 3 BRIT Awards, 2 MTV Music Awards, and a Grammy. Her 2019 Glastonbury performance was the most-watched TV moment in the festival’s history. 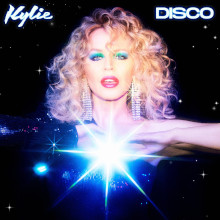 Album out 6 November 2020
through Liberator Music/BMG 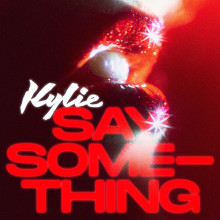 Single out now through Liberator Music/BMG