Liberation Records are proud to present the return of London-based, Sydney native Josef Salvat, with his new single ‘modern anxiety’ which is a thrilling electro-pop gem that is an ode to the stresses and joys of today’s bite-size, technology heavy modern lifestyle. The highly unique and memorable video was directed by Josef and created by the award winning Australian team behind ABC’s Content and designed to watch exclusively on your mobile phone.

Following on from the huge success of ABC’s Content, the world’s first series set entirely on mobile phones, the creators Patrick Cederberg, Meg O’Connell and Jackson Lapsley Scott produced the ‘modern anxiety’ video, taking their modern concept of a video set on mobile phones. The video of ‘modern anxiety’ transports us straight into Josef’s life with no filter. The day after the night before. The aftermath of a video we may never see, with nods to some of the most iconic video scenes of recent times (Amy Winehouse, Alanis Morisette, Coldplay, Madonna and Björk). Speaking on the video music, Meg O’ Connell said;

“This year I produced a show called CONTENT for ABC Australia. Like the ‘modern anxiety’ clip, the action in CONTENT takes place on a phone. That means we shot it vertically, on an iPhone, and distributed it vertically, on phone-centric social platforms (@ABCTV). No more 16:9, baby, 2019 is all about 9:16. I’m sure by 2020 that will be so passe but when I moved in with Josef at the beginning of the European Summer it was basically unheard of and he was immediately taken with the idea. I say immediately but honestly we both spent so much time on our phones that it took us three weeks to figure out we were old friends who could, if we set our minds to it, have a conversation. When we did finally talk, after we both serendipitously took a break from screens to go to the kitchen for a glass of water, we screamed instead “MODERN ANXIETY!” and it was all on. We knew we had to make a music video set in the world of that song: a world where it’s bloody hard to choose whether to stay inside on your phone or go outside and risk being with real people.”

In addition to ‘modern anxiety’, Josef will also be dropping new track ‘alone’. Talking about the track, Josef says –

“Life had been getting scarier the more years that flew by. Decisions, doubts etc. I turned 28 and felt this kind of desperation to experience everything youth had to offer before it ran out (naive). I launched myself into this project a little too intensely. I felt like I’d become that friend, that guy on the date, that person in the background of other people’s lives who was just always ‘a bit too much’. This lead to a whole bunch of mental horrors in my alone moments. Thankfully it was phase and it inspired ‘alone’.”

Josef burst onto the international music scene in 2014 with the dark, brooding electropop of Hustler. He went on to release the critically acclaimed debut album Night Swim while quietly becoming an underground hero as a featured vocalist on tracks with the likesGryffin and Tourist among others. He has sold out multiple tours the UK, Australia and Europe where he also scored a #1 airplay record with Open Season a Gold record with Diamonds and a gold album with Night Swim in France.

Salvat’s speciality is for electronic music with a human pulse, drawn in bold, technicolour stripes with indelible hooks and grown-up themes. His music roams circuitously around his search for identity, never quite touching a conclusion which feels a whisper out of its author’s reach.

The most mundane daily struggles.
The rinse and repeat of high nights and low days. The numbing balm of the endless scroll.
The quiet horror of the morning after a breakup.
A little anthem for accepting life’s frequent inertia and the things you can’t control.
A celebration of all that is modern life.
“I think they call this modern anxiety…” 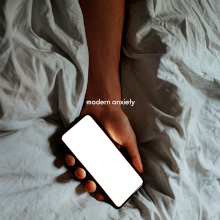