Intrøspect are a progressive metal band hailing from Sydney, Australia – their unique flavour of progressive metal blends post-rock and ambient influences to create a spiritual atmosphere in which the transcendent extremes of the human experience are given proper sonic treatment – and today, they are announcing the release of their EP ‘Ad Astra’ on Friday October 18. Like the forthcoming movie feauring Brad Pitt of the same name, it focuses on looking to the stars for answers.

Adding to all the excitement, Intrøspect will also be launching the EP alongside Glass Ocean and Opus of A Machine in Sydney on Saturday November 30th as a support at Factory Floor.

The title track of the record is the first single from the record – and they have just released a picturesque filmclip for it! According to vocalist Felicity Jayne, single Ad Astra is “. …a celebration of the ambitious, exploratory, pioneering spirit of youth. It’s a salutation to those that triumphantly strike out into the terrifying unknown, choosing the hard and lonely path of mastery and individuation, rather than treading known career paths and lifestyles. Going all in on your impossible dreams means a life of isolation and sacrifice, with no guarantee that it will pay off. But for some, it was never an option. They must heed the call. To these astronauts, we say: Godspeed, You Heroes!”

This is Intrøspect’s Debut EP – and the quartet combine soaring vocal melodies, complex riffs and heavy grooves to construct a sonic landscape drenched in emotion, and imbued with passion and hope. Across a 25-minute runtime, the band aim to take the audience on an emotional and spiritual journey, from the heights of ecstatic bliss, to the depths of despair and back again.

Following the release of Ad Astra in October 2019, Intrøspect aim to share their relentlessly optimistic message through live performance across Australia. With big plans for the future and another release on the way, they are just getting started, and are definitely a band to watch out for in years to come.

Taking inspiration from bands like Northlane, Periphery, TesseracT, Karnivool, Skyharbor, Polaris, Erra and The Contortionist, Intrøspect are Felicity Jayne on Vocals, Loko McDonald and Jamie McVicker on Guitars and Hugo Rumore on Drums.

Intrøspect’s EP Ad Astra is out Friday October 18 and will be available for pre-orde Friday September 20 in all digital stores and streaming outlets. 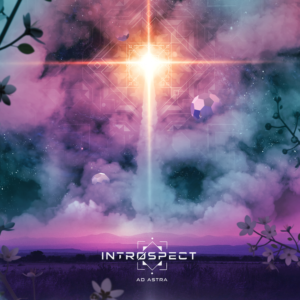 AND WITH GUESTS CODE ATLANTIC 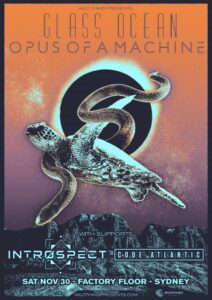