Get set for an hour-long dose of pure talent each Sunday on ABC, when The Sound celebrates the best new music, right where it belongs – on free-to-air TV, nationwide.

Premiering this Sunday 19 July at 5.30pm, each week The Sound will shine a light on some of our country’s finest musicians and songwriters, via exclusive pre-recorded live performances, collaborations and artist interviews. Viewers can watch The Sound on the tele each Sunday (5.30pm) and Saturday (12.30pm) on ABC, re-watch it on ABC iview, or catch highlights on social media.

For over 50 years the ABC has been showcasing Australian music and artists on the small screen. The Sound will continue a music TV tradition started by ABC programs such as GTK in the ‘60s, through Countdown in the ‘70s and ‘80s, Recovery in the ‘90s and most recently The Set. The new series, licensed to air on our much-loved national broadcaster, is filmed and created by Mushroom Vision, the same team who brought viewers the TV ratings hit Music From The Home Front (watched by 1.4 million people on Anzac Day) and livestream The State Of Music (two million+ audience).

The Sound is produced by Saul Shtein, former Head of Sport at Channel 7 (and the man who first bought MTV to Australia). The new series welcomes the return of host Jane Gazzo (ex-triple j, Recovery, The State Of Music) to ABC screens, with Double J Mornings host Zan Rowe talking all things music news. Special guests each week will also take on co-hosting responsibilities. First up in Episode One: acting royalty Bryan Brown.

Michael Gudinski from Mushroom Vision says, “I’m incredibly excited to realise my dream to see a music show featuring contemporary Australian music in a prime spot on free-to-air television. The Sound will feature artists from all walks of our incredible local industry, with more than two thirds of each episode focused on showcasing new songs. I’m thrilled that ABC, the home of iconic programs like Countdown, Recovery and rage, have partnered with us to support local music in such difficult times.”

ABC Head of Music Chris Scaddan says, “As COVID-19 restrictions continue and the Australian music industry works to get back on its feet, we’re very happy to be working alongside the passionate team at Mushroom Vision on The Sound.

“Australian music needs to be heard and Australian artists have never stepped back from their creativity. The Sound enhances the ABC’s unrivalled support for Australian music in 2020, via our radio networks, video segments, TV programs, live concert streams and digital content.”

“This is a fantastic idea, I love that The Sound is getting the Countdown timeslot… It’s going to continue that history Countdown had of supporting Australian talent, which is something I’ve always been passionate about. I support this show all the way, and it’s great to see it get the support of the ABC too.” – Molly Meldrum

“ABC TV has a proud history of exposing local talent and it’s great to see them stepping up again at a time when live Australian music really needs some extra support.” – Jimmy Barnes
“At last! A new music show on national tele. Long have we waited for this. It will be a game changer and a much needed platform to get Australian music back into homes across the country once again!” – Mark Seymour
Mark Seymour & The Undertow below 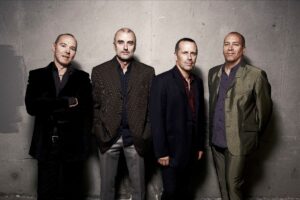 “It’s only when you start travelling outside of Australia that you realise how incredible the quality of Australian music is. The world is starting to clock on. We have a wealth of good music and some Australians don’t even know it. We need more all over free-to-air TV, because our quality musicians need to be heard.” – Lime Cordiale 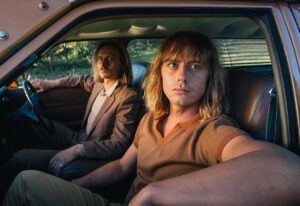 Each week The Sound will feature segments ‘From The Vault’ (a curated historical clip); ‘Tribute’ (artists collaborating on iconic Aussie tracks) and ‘Introducing’ (where Australia’s next hottest talent is showcased).

Episode One boasts a stellar line-up – including a few big names:

And that’s just the beginning, with even more artists to be revealed on the show.

The COVID-19 pandemic may have prevented our musicians performing concerts but it has not stopped their creativity and willingness to play for Australia. It’s time to get new homegrown music back on our TV screens… The Sound has arrived! Stay tuned for more on each episode – coming soon. 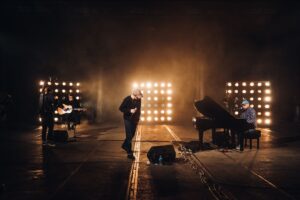 Behind the scenes with DMA’S
IMAGE: Jordan Munns