NATURE DURING LOCKDOWN WITH

THE HAZY CLIP FOR ‘BLURRY ONES’

The product of an unexpected family collaboration the video showcases Gradon sampling nature with his vintage tape recorder. On the cusp of lockdown and visiting cousins from overseas, the idea snowballed and was filmed in one shoot that afternoon. “It was quite eerie as lockdown was just about to kick in so there was no one around.” He continues “I think the clip serves as nostalgia of a simpler time where we could go outside and enjoy the simple things.”

Since its release ‘Blurry Ones’ has been welcomed by radio with rotation on Double J and FBi Radio. From his forthcoming sophomore EP, the track was written when Gradon bought his wife a vintage camera which took, as he describes, “basically useless blurry photographs”. Born in his bedroom studio, the track sounds just like the blurry images Gradon sings of – nostalgic and reflective indie-rock.

Earlier this year Gradon resurfaced with the mellow single ‘Grieving’ which found a home on radio, reaching #3 on the AMRAP Metro Radio Charts along with adds on FBi Radio, 2SER and EDGE.

The products of a challenging period of change, both singles offer a glimpse of Gradon’s introspective upcoming sophomore EP – out later this year – which the talented multi-instrumentalist wrote and performed on his own. 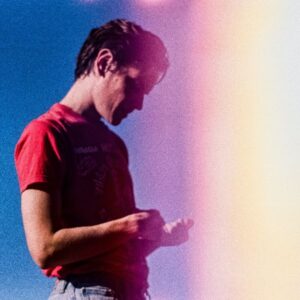 This omnibus follows on from 2018’s ‘Self Doubt’ which intrigued audiences and garnered on-air support from Double J and FBi Radio and had him named in The Music Writer’s Poll for ‘Song of the Year’. Echoing this praise, he was recently a finalist in Happy Mag’s Needle in the Hay competition out of 2000 entries, and named in Life Without Andy’s Next Big Things for 2020.

With the world in an extended period of reflection Charlie Gradon is here with the perfect soundtrack.

“Charlie knows how to make a compelling track AND how to wring the last drops of emotion out of it.” – Dave Ruby Howe
“Charlie Gradon’s talent is seemingly uncontainable.” – Life Without Andy 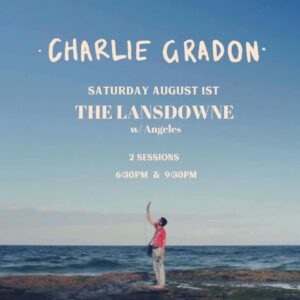