‘WE DON’T LISTEN TO

THE SAME MUSIC, SO WE

TO THE SOUND OF THE BAND’

Tell us a bit about Cloning how did you guys meet?

Jack, Nic and I (Felix) met through school. We were already best mates and it was just convenient that we all happened to play instruments. We met Bevan through a mutual friend when he moved from Kalgoorlie to Perth. Kalgoorlie is a rural mining town in Western Australia.

How did you come up with your band name?

It used to be longer and it was too much of a mouthful. We prefer Cloning cause its shorter and easier to remember.

How would you describe your sound to people?

A mix of a lot of different types of Rock music, theres a bit of shoegaze, pop, rock, triphop and some more sprinkled throughout our music.

Were the four of you always in agreement as the direction your sound was to take?

The direction of our music has taken shape gradually. We don’t all listen to the same music so we all bring different influences to the sound. I think thats helped us to realise where we want to go with it. So we’ve all been pretty on board with our sound’s direction from the start, because we all appreciate each other’s ways of playing. 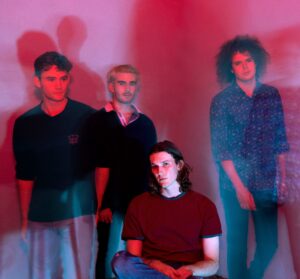 Songs usually start with Bevan or me (Felix). We tend to make home recordings of ideas and then we’ll share them with Nic and Jack. We rarely all work on a song together at the same time because we find it gets confusing. So that’s why we love writing our music by recording it because it gives us more time to get it how we want it.

Your new single All Rise; pays homage to Portishead with a hint of Nick Cave and Radiohead thrown in the mix. Was this a conscious decision or was it more organic?

It was more organic, we just tend to sound like the artists we really enjoy listening to. But its always hard to tell what part came from where. Sometimes a part of a song might be influenced by a song from an artist we’re a fan of, but that didn’t really happen on this one.

What has been a highlight of your fledgling careers?

Our first tour over East in December last year has been the highlight so far. It was a really cool experience and we learnt a lot about the industry and playing shows outside of our hometown.

What artists inspired you to pick up an instrument and start a band?

My parents played heaps of music to me as a kid. Bands like Nick Cave, Augie March and Lou Reed. So I don’t think any one thing inspired me to start playing. I just enjoyed listening to music and figured I’d probably enjoy playing it too.

Is there a song you wish you had written? 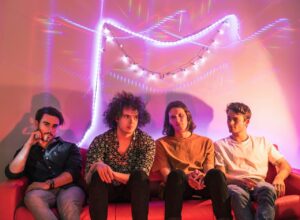 We have a big back catalogue of songs, so once there is enough demand for an album we’d be able to get one together pretty quickly. We’re pretty much just waiting until our audience is big enough to make sure that the album is heard!

Where can your fans see you in 2020 and would you be touring nationally?

We were planning to get over East again this year but corona virus is hindering that at the moment. Hopefully once that passes we can keep playing shows around Western Australia and then make it over East again later in the year.

If you weren’t in a band what would you be doing today?

Feeling very unfulfilled as music is the only thing i’ve ever wanted to do. I’d probably be working in an office job somewhere or still studying at university.

Watch ‘All Rise’ Below: