Hailing from Sydney’s Northern Beaches, 21-year-old Lanstan is one of Australian hip-hop’s brightest up and comers.

Spotify as an independent artist with his first two EP’s as well as amassing a cult-following from around the globe. 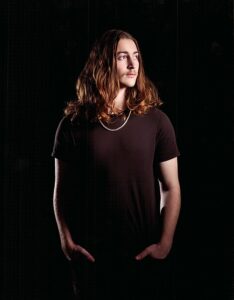 Lanstan has brought his high-energy live show to Max Watts theatre, performing to 1000 people for Merkules’ 2019 tour, twice performing at Brisbane’s Woolly Mammoth with JustaGame/Bread Gang and packed out full capacity, headline shows in his home town at both Kelly’s on King and Hustle & Flow bar.

Lanstan released his new single, Icarus, on July 3rd and is looking forward to upcoming releases with EDM heavyweights The FifthGuys and other Australian artists such as Talakai and Kuren.

Following the success of Blueprint, which has 50k streams across platforms since it’s March release and an Instagram repost from legendary fashion photographer/artist Steven Klein, Lanstan returns with Icarus, the second single from his upcoming project “2020 Vision”.

With eerie melodies and a bold bassline pulsing under washy, auto-tuned vocals, Icarus allows enough space for Lanstan to explore deeper themes of the dark underbelly of the rockstar lifestyle. Detailing his own experience with the rollercoaster-like highs and lows of being in the music industry and his relationship with recreational drug use, Icarus is a rare moment of vulnerability for an artist teeming with pride and hopefulness in his usual sound.