Adelaide metalcore five-piece Glass Tides  have just released their latest jaw-dropping single “Waste”.  Inspired by the sounds of Bring Me The Horizon and The Used, the Careening instrumentals in “Waste” produce brooding undertones to the explosive angst-filled anthem that slices through the listlessness of life.

Alongside “Crawling” – their first single of 2019 released in August, which received triple j and Unearthed radio play and acclaim from media and fans alike – “Waste” serves as the perfect taster ahead of the release of the band’s full-length album.. set for release on 17th January 2020.

Glass Tides are a five-piece pop punk/rock group from Adelaide, Australia. They have wasted no time establishing themselves nationwide since their formation in 2017, supporting artists such as Thrice, Circa Survive, Spiderbait, Body Jar, Young Lions & plenty more.

Having drawn comparisons to Bring Me The Horizon, The Used and Emarosa, the band’s every track is heavy with guitar, passionate, anthemic vocals and massive drums.

The group’s unique mix of heavy/emo music accompanied by the passionate and raw vocals has ignited excitement around the world upon there establishment in late 2017. Along the way, the group has released two EPs, Thoughts (2017) & My Descend (2018).

​”The fire and ice in this track is nicely balanced. You’ll have your arms splayed out and ready to soar with it.” ​Dave Ruby Howe​, ​Triple J

“So lush, so anthemic, I love this so much.” ​Celline Narinli, Triple J 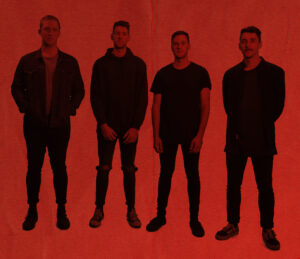