NEW ALBUM, BARRIERS TO BE RELEASED ON MAY 31

Following the recent announcement that Frank Iero has signed to UNFD and formed his latest band FRANK IERO AND THE FUTURE VIOLENTS, the first track from his upcoming album BARRIERS (out May 31, 2019) “Young and Doomed” is now available today via DSPs and streaming services.
PRE-ORDER BARRIERS HERE
Premiered on BBC Radio1 with Annie Mac, the insistent, dark rock n’ roll anthem flails with a wild and uncontrollable angst and energy.  Its accompanying video is a visceral performance piece that captures the frenetic and frantic energy that bursts from the track with guitar, bass and drums with Frank’s plaintive vocals anchoring the hopeless emotion. Directed by Steve Pedulla from Thursday, the video features childhood photos of Frank Iero and The Future Violents.
Watch the video for Young And Doomed here:

His third album Barriers is a rumination of sorts on life and living and the obstacles (a.k.a. “barriers”) that get in the way. Recorded and mixed by Steve Albini, Barriers is 14 songs that not only tackle the existential journey of his heart and mind, but help him redirect his musical path.

“I never expected to do one solo record in my lifetime,” he chuckles, “let alone three. Every time I start a new record, I say to myself ‘This is it. This is the end. This is the last one.’ It got me thinking about how we set up these obstacles around ourselves. Sometimes they’re for protection and sometimes they’re to keep people out, and sometimes we even set them up so that we fail and we find solace in that failure. But whenever I find something that scares the shit out of me, that’s when I know I have to do it! And so these songs are about experiences that were either walls I wanted to break down or walls that I’d built up around myself in order to protect myself. But these songs were also things that I’d never attempted before but had always wanted to try.” 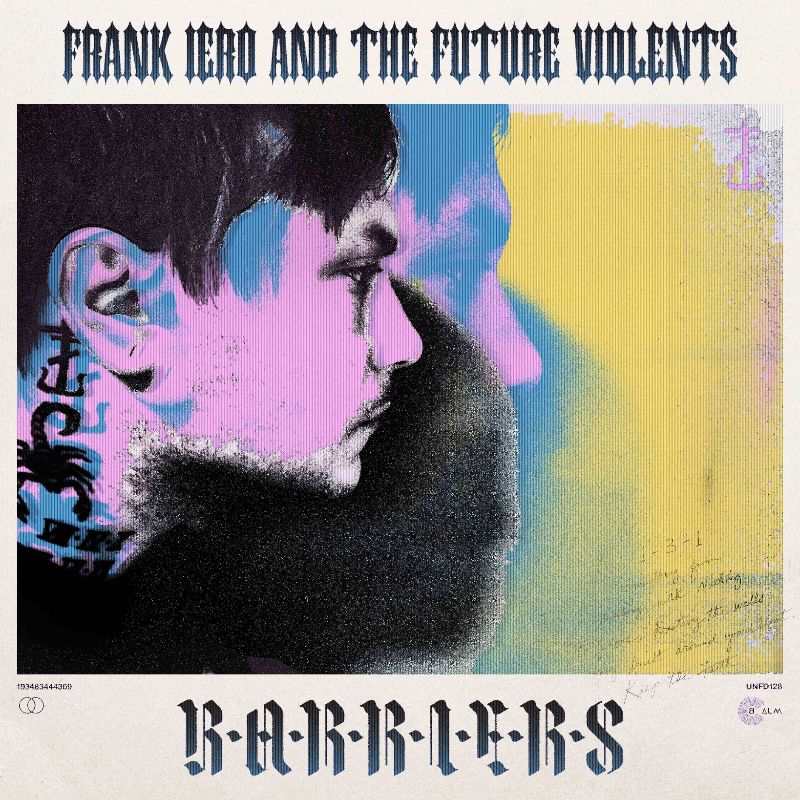 From the opening track “A New Day’s Coming” which sounds almost like a gospel-inspired, stirring hymnal (he explains, “I originally based it on old soul songs that I really loved, asking myself how, say, Otis Redding or different Stax recording artists would do a song like this”) to “Six Feet Down Under” – a bluesy stomp through the underworld of existence, to the epic and soaring (and sorrowful) “24k Lush,”Barriers confronts listeners with 14 tracks that explore Iero’s tumultuous internal battles from which he emerges at his most confident musically.

“Barriers is a record that I still can’t believe I made and I’m so incredibly proud of it,” Iero reflects. “I can’t wait for other people to be shocked and appalled and inspired by it. Hopefully it scares the shit out of them.”

Frank Iero and the Future Violents is Frank Iero, Evan Nestor, Matt Armstrong, Tucker Rule and Kayleigh Goldsworthy. Barriers was recorded and mixed by Steve Albini and will be released via UNFD on May 31, 2019.