“Pear Tree was written entirely in the studio when we were recording Florescence, as we decided we wanted an acoustic track on the album and we’d never written one for any of our previous releases” shares Henry. “The lyrics are based on a poem Will had written about the death of his childhood dog Oscar, and at its core, it is a song about loss and grief. We filmed the video in a break between lockdowns in late 2020 with Brandon Lung and a couple of our close friends around Newcastle. With this release, we are so excited to close out Florescence and move into a new chapter of Eat Your Heart Out!”

The Newcastle, Australia quintet hopscotches across genres, mixing emo, punk, pop, and grunge in a hyper unique blend. Acclaimed by top tier media outlets such as Alternative Press and Rock Sound, the group’s irresistible energy connected with fans globally. They’ve toured with everyone from Real Friends to Simple Plan and dropped the Mind Games EP in 2017. As that release tallied more than 1 million total Spotify streams, the five-piece regularly claimed real estate on popular playlists such as Pop Punk’s Not Dead and Rock Out. Their debut full length album Florescence is out now via Fearless Records. 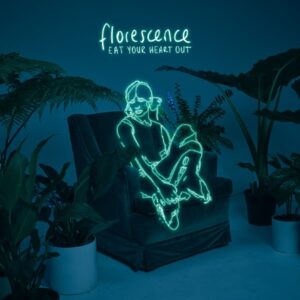