Prolific drum and bass artist ShockOne has continued to evolve his unique flavour of music, honing a sound that is entirely his own and his new track ‘Hardwired feat. Reija Lee’ exemplifies this! The new single is out via ShockOne’s own record label, Dark Machine Records in conjunction with globally renowned bass label, UKF. The Perth based talent wanted to make a cheerful anthem to juxtapose his most recent release ‘Follow Me’, a dark track about the realities of today’s online landscape. Contrasting this is the uplifting new anthem, ‘Hardwired’ which starts off as a synth-heavy, euphoric electronic track which focuses on Reija Lee’s vocals then transitions into a more classic drum and bass record.

ShockOne discusses why he wanted to create a release that contrasts his previous single, “With ‘Hardwired’, I was quite conscious in trying to create something distinctly uplifting, a classic hands in the air euphoria moment for my sets. In retrospect this is probably in reaction to the overbearing heaviness of ‘Follow Me’, I was craving some light! As always, Reija came in and delivered the perfect energy to compliment the instrumental, taking the tune to another level with her vocals. I can’t wait to share this one with everyone around the world in a real life show!”

As a pioneer in the Australian drum and bass scene, the producer continues to impress fans and garner new audiences after a decade-long career which was ignited by the drum and bass classic ‘Polygon’ off his debut self-titled EP ‘ShockOne’. He followed up this release with critically acclaimed debut album ‘Universus’ in 2013 featuring hit singles ‘Chaos Theory’, ‘Lazerbeam’ and ‘Home’, and the album became the #1 ARIA album in Australia, whilst also charting across New Zealand and the UK. Off the success of this record, Karl relocated to London touring the album extensively throughout Europe and the UK. Between tours and festivals Karl produced a string of singles and remixes for the likes of DJ Snake, Dillon Francis, NGHTMRE & What So Not to name just a few.

Now residing back in Australia, ShockOne was recently nominated for an AIR award for his 2020 single ‘Follow Me’. Last year, ShockOne launched his own record label Dark Machine Records, a name which already is synonymous with the best warehouse parties in Perth, selling out his recent WA tour which included a 3000 people show at Centenary!

As a regular guest on ShockOne’s releases, Reija Lee features on various singles across both his albums as well as singles for Zeds Dead, Metrik and Paces. In 2018, Reija Lee launched her solo project with her 80s inspired single ‘Love Nobody’ which was quick to score support from triple j and led Reija to win the triple j competition to perform at Listen Out. Keeping momentum going on the live scene, Reija has impressed crowds at BigSound and opened up shows for the likes of Kira Puru and Luke Million.

‘Hardwired feat. Reija Lee’ is out now via Dark Machine Records and UKF. 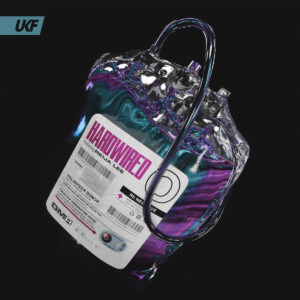