The hard-hitting new single from alternative pop-punk band DRAFTDAY is being released on Friday April 24th, 2020. From Darwin, the genre-bending five-piece have already found success on triple j with singles “Soap” and “En Soi”. Now, showcasing a more aggressive approach than the band has touched on previously, “Misspent” finds a sonic home somewhere between Trophy Eyes and Ceres.

With a driving drumline, dangerously addictive riffs and an unfaltering baseline, “Misspent” is DRAFTDAY’s most unrestrained track yet. Evoking both sadness and anger, the song is an honest representation of what goes through your head after being hurt.

“The lyrics are allowing childish, negative and self-centered thoughts to come out, it felt important to write something that showcased the not so ideal thoughts and words that we consider when adjusting to any form of loss,” said DRAFTDAY.

The music video for “Misspent”, directed and produced by the band, is a psychedelic, glitchy masterpiece that uses low-fi aesthetics to perfectly represent the dark, introspective subject matter of the track.

Draftday was formed in late 2018 and hails from Darwin in Northern Australia, consisting of members Arran Barker (vocals), Lucas Sharp (guitar), Manolis Kamitsis (bass), Rowan Dally (drums) andTom Ford (guitar). DRAFTDAY has rapidly matured into a band that verges on bursting into the national scene, with their first release of singles “Soap” and “En Soi” achieving triple j and Unearthedairplay alongside acclaim from music media nationwide, including Wall of Sound and Depth Magazine.

The band have also attracted attention from triple j’s Declan Byrne and Dave Ruby Howe, who intolled that these guys are ready to hit big stadiums, even comparing them to the likes of punk bandTrophy Eyes. They also draw inspiration from bands such as Gang of Youths and Ceres, creating their own unique sound, straying away from the cliche that every band that comes out of Darwin is a metal act. 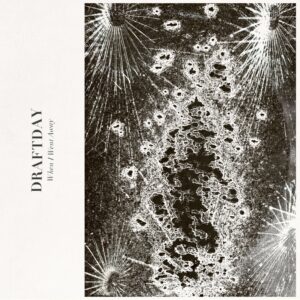 Whilst building a dedicated following through live shows and releases, Draftday spent the entirety of 2019 writing, self-producing and recording their debut EP ‘When I Went Away’ which is set for release in May, 2020.

“It’s hard to believe that they’re still a fairly young band to the Top End music community, because Draftday play like they’ve been around the touring circuit for a while. Vocalist Arran Barker‘s charisma shines on stage, and the boys’ unified performance is way too big to be gigging just around Darwin. It can be confirmed that Draftday are set for massive things in the near future.” – Wall Of Sound

“Kyles everywhere are disavowing Monster energy drinks to get their fix off of Draftday instead. This band sound like they’re lifting up a stadium – hopefully the place for them in the future!”- David Ruby Howe (triple j)

From soaring Festival singalongs to desperate downtempo reflections, DRAFTDAYmove through a series of emotions, stemming from the sounds of Trophy Eyes, City Calm Down, Slowly, Slowly, and Gang of Youths. They are an act that presents their music in an honest, raw and energetic state.

Coming together in late 2018, DRAFTDAYoriginate from the city of Darwin in Northern Australia. 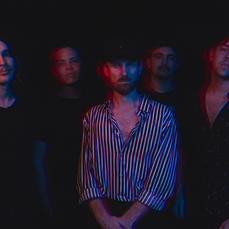 In 2019 DRAFTDAYperformed extensively in their hometown, supporting local and national acts including Tapestry, The Smith Street Band and Belle Haven. As well as a debut headliner show that showcased their potential as an encapsulating live outfit poised to extend their performances across Australia

Whilst building a dedicated following through live shows and releases, DRAFTDAYspent the entirety of 2019 writing, self-producing and recording their debut EP ‘When I Went Away’ which is set for release in May, 2020.