Effortlessly moving between genres, “Callback” fuses slick electronic-pop verses with anthemic alt-rock choruses. Produced by DRAFTDAY’s own Manolis Kamitsis (bass) and Rowan Dally (drums) at Sands Studio and mixed by Sam Guaiana (Silverstein, The Devil Wears Prada, Between You And Me) the track is a confident shift away from their rock roots and towards an edgier signature sound.

Thematically, “Callback,” illustrates the ever-relatable headache of a breakup whilst encapsulating how difficult it can be to accept support from those around us during difficult times.

“‘Callback’ has this duality to it. In one sense, it’s an apology to the people that you push away when you’re struggling, and in another sense, it’s about trying to find an answer after losing someone close to you,” says vocalist Arran Barker.  “The change of sound felt like a necessity to step a little deeper into something unknown.”

DRAFTDAY are a band that thrives within each part of the creative process with the “Callback” video, co-directed by guitarist Tom Ford along with award-winning cinematographer Tully Hemsley and Tor Burns. The clip is set in a warmly lit crowded bar and features old-school CRT TVs with distorted graphics that both illustrate the narrative and create a sense of nostalgia.

The band recently announced they would be returning to the stage to celebrate their home state Darwin for Territory Day at Mindil Beach on July 1. The band will play support for Australian Rock Collective, featuring members of legendary Australian bands Spiderbait, Jet, Powderfinger, You Am I and The Wrights. 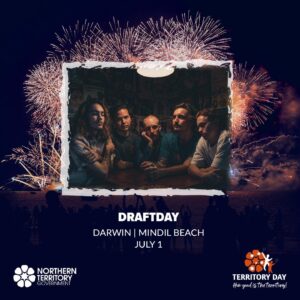 “Callback” is DRAFTDAY’s first release since their debut EP ‘When I Went Away,’ which launched to a sold-out room in June of 2020 and received much support from triple j and triple j Unearthed. They have since supported the likes of The Smith Street Band and Belle Haven as well as performed at festivals such as Darwin Fringe and Rebound 2020.

“Callback” is available now for streaming on all platforms. Official single artwork below 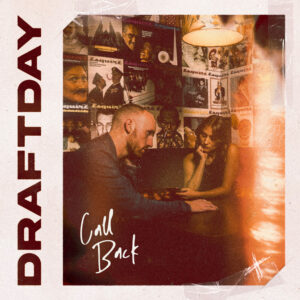