‘Silver’ received its worldwide premiere this morning via triple j’s breakfast team and is the first taste of new music from DMA’S since their three-time ARIA nominated, critically acclaimed sophomore album For Now, which debuted at #7 on the Australian ARIA album Chart and #13 on the Official Album Chart in the UK in April 2018. Their debut album Hills End features key singles ‘Delete’ which has reached ARIA Platinum status, ‘Lay Down’ and ‘Step Up The Morphine’ which are both certified ARIA Gold. Collectively the singles have over 34 million streams on Spotify between them. Hills End has also achieved BRIT Certified Breakthrough status – an award given to artists who achieve 30,000+ sales of an album for the first time in the UK. 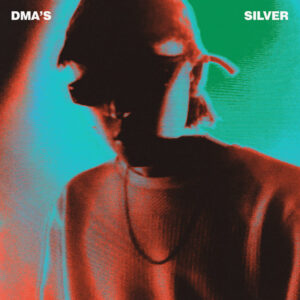 Produced by Scott Horscroft (Silverchair, Middle Kids, The Presets, Empire Of The Sun) and mixed by Stuart Price (Madonna, The Killers, Kylie Minogue, New Order), ‘Silver’ is a polished and lustrous track that dawns a new era for DMA’S as they step centre stage on the global arena. Featuring Tommy O’Dell’s euphoric vocals over the band’s signature powerful riffs and an emotive layer of cello and violin, the boys have delivered a triumphant return that sounds bigger, bolder and brighter than ever.

Since DMA’S burst onto the scene in early 2016, the band have been met with an abundance of praise from around the world, as critics and fans alike are drawn to their undeniably recognisable brand of guitar-driven pop. Between stints in the studio, the band have toured non-stop throughout the world playing sold out headline shows across the UK and Europe and billings on some of the world’s biggest festivals, including Coachella, Reading & Leeds, Fuji Rock, Glastonbury and Splendour In The Grass and Falls Festival locally.

Next month DMA’S are supporting Liam Gallagher on his 13-date UK arena tour before they return home to play Fairgrounds Festival in Berry, NSW and Laneway Festival in Brisbane, Sydney, Adelaide, Melbourne and Fremantle next February.

I OH YOU are delighted to present ‘Silver’ to the world and can’t wait to share what’s next for the band as they show no signs of slowing down.