I OH YOU are thrilled to announce DMA’S third studio album THE GLOW will be released into the world on Friday 24 April, recorded and mixed by multiple Grammy Award winning producer Stuart Price. Today, the Sydney trio share the second cut from the album – the dark yet euphoric track ‘Life Is A Game Of Changing’.

Premiered overnight via triple j Good Nights and Radio 1 in the UK, ‘Life Is A Game Of Changing’ is an unexpected change of pace. Inspired by early 90s rave culture, the track is a nod to bands like Underworld, The Prodigy, Orbital and The Chemical Brothers, and furthers DMA’S incorporation of digital beats and sequencers in their songwriting process.

Sitting in striking contrast to the song’s repetitive structure, ‘Life Is A Game Of Changing’ is about humanity’s struggle to be adaptable – as creatures who are fundamentally resistant to change. Breaking away from the minimalist electronica movement, the track features unapologetically busy beatscapes, a driving 4/4 pace and an adrenaline-pumping chorus showcasing Tommy O’Dell’s signature euphoric vocals.

The accompanying video, directed by Bill Bleakley, was shot in Thailand and features locals from the area.

Watch ‘Life is a Game of Changing’ video below:

We filmed the clip like a documentary, with a tiny crew. For me, this clip feels like a snapshot in time for this group of friends. – Bill Bleakley

First single from the record ‘Silver’ is the band’s fastest streaming song to date, with over 4 million streams in just three months and peaking at #34 on Spotify UK’s Viral 50 Chart and #50 on Australia’s Viral 50. The track has seen BBC Radio 1 plays, was named Record of the Week at Radio X and was added to the Radio X & Absolute Radio Daytime Playlist, and Evening List at Virgin Radio UK. Locally, the track was the #1 most played on triple j over the summer and has seen strong support across the Triple M and the HIT networks.

Silver’ and ‘Life Is A Game Of Changing’ set the scene for what is promising to be a monumental album from DMA’S. Recorded at Westlake Studios in West Hollywood and Rak Studios London, THE GLOW is a contemporary pop record that sees the band fulfill their world class potential with a collection of songs that are destined for arenas. From their emotive heart to their towering, anthemic hooks, the core traits that have earned the band a growing global following are all in place. But with the help of Price, DMA’S have elevated both sides of their sonic spectrum to new heights and one thing is certain: this is the most fully realised of the band’s three albums to date.

DMA’S have had a whirlwind six years since exploding onto the scene in 2014 with their debut single ‘Delete’. They have released two critically acclaimed albums – Hills End(2016) and For Now (2018) – both of which charted Top 10 in the ARIA Charts and resulted in ARIA nominations for Best Group, Best Rock Album and Best Independent Release. Forging their reputation abroad, the latter earned a #13 chart position in the UK as well as festival slots at Coachella, Lollapalooza, Glastonbury and Reading and Leeds festivals.

2019 saw the Sydney natives play sold out shows across the UK and Ireland, support Liam Gallagher’s UK arena tour and sell 5 thousand tickets to their March 2020 Brixton Academy show in less than 24 hours. Back home they scored a Platinum record for‘Delete’ plus Gold discs for ‘Lay Down’ and ‘Step Up The Morphine’. This year, the band will play Manchester’s Sounds of the City festival headlining the 8 thousand capacity Castlefield Bowl on 9 July (with tickets selling out in a couple of hours), before embarking on their UK album tour – which will see them play their biggest London headline show to date at Alexandra Palace in October, as well as a sold out Australian bushfire benefit gig to raise funds for Wildlife Victoria.

As we enter the new decade, DMA’S are cementing themselves as a powerhouse act no longer on the brink of blowing up, but basking in the international spotlight. The band will be treating home crowds to new music at Laneway Festival in Brisbane, Sydney, Adelaide, Melbourne and Fremantle over the coming weeks. 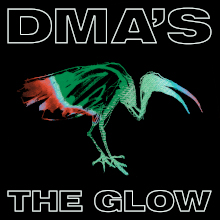