Sacramento’s own Dance Gavin Dance have announced the release of their much-anticipated ninth full-length studio album, Afterburner, on Friday, 24th April via Rise Records and BMG Australia. Produced by longtime collaborator Kris Crummett (Issues, Sleeping With Sirens, Mayday Parade) and Drew Fulk a.k.a. WZRD BLD (Lil Wayne, Motionless in White, Bad Wolves), the LP is a landmark mission statement for the band and encompasses DGD energy past, present, and future.

It’s a killer and dynamic demonstration of what the five-piece does best, and is equal parts aggressive, melodic, and unrestrained. Pre-order the record HERE. In anticipation of Afterburner, DGD have also released “Prisoner,” the first single from the album.

According to Will Swan (lead guitar), “‘Prisoner’ is a captivating piece of the eclectic puzzle that isAfterburner. It showcases yet another leap in our constant evolution, and I can’t wait for people to hear what this album has in store.”

Rejecting tired formulas at every step, Dance Gavin Dance merge progressive rock and post-hardcore with thick groove, brilliantly combining experimental music with hooks and a warped sense of humor. 2018’s Artificial Selection crashed into the Billboard 200 Chart at No.13, on the strength of the love for fan-favorite predecessors like Acceptance Speech (2013), Instant Gratification (2015), and Mothership (2016), and just as importantly, the band’s mesmerizing and unforgettable live performances.

Artificial Selection went on to sell over 112k copies and counting. In the U.S. alone, the group has amassed over 610 million streams, with 840,000 album equivalent units sold across their catalog. With hundreds of thousands of rabid fans engaged with DGD on socials, it all amounts to a full force band facing a mainstream that has overlooked them for too long.

In the heady tradition of Frank Zappa and Nirvana – people who made serious art without ever seeming self-serious – DGD is a band that does what they want, how they want, confident that the audience will keep up. Dance Gavin Dance are Tilian Pearson: Vocals, Jon Mess – Vocals, Will Swan – Guitar/Vocals, Tim Feerick – Bass and Matt Mingus – Drums.

Dance Gavin Dance’s ninth full-length studio album, Afterburner, will be released on Friday, 24th April via Rise Records and BMG Australia – and is available now for pre-order athttps://riserecords.lnk.to/afterburner. Single ‘Prisoner’ is also out now for streaming and purchase in all digital outlets and streaming platforms. 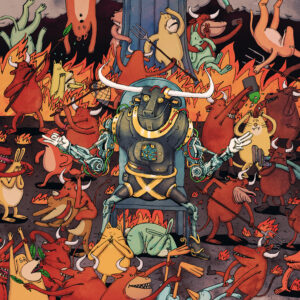