Just a day out from kicking off their mammoth UK/European tour, Osaka quintet Crossfaith are lifting the lid on their monster new single ‘Endorphin’. Frenetic from start to finish, ‘Endorphin’ is the first taste of new music since the band’s 2018 album EX_MACHINA.

Speaking of the track, Crossfaith singer Kenta ‘Ken’ Koie says, “Do you want a new acid?” We are so proud to reveal our new era with ‘Endorphin’, our new masterpiece to fascinate people. It will take you to another level of excitement and we can’t wait to play this song during out upcoming headlining tour.”

The single comes alongside a set of staggering visuals in the form of a new music video, watch below:

The Synchronicity Tour 2020, sees Crossfaith bring their famous ferocious live show to twelve countries across Europe and the UK throughout February and March, with support from label-mates Ocean Grove and London psych punks Black Futures.

Speaking of the support acts, Ken says: “this time we welcome two talented bands! Ocean Grove is one of the most exciting bands from Australia. Their music style is mashup of 90s heavy music vibe and psychedelic influence, they are the perfect fit for this tour without doubt. The other is Black Futures. We watched them live at Boomtown Festival earlier this year and we fell in love with their music. We can’t wait to see the reaction from our fans. Check these lads out and be ready for ‘Synchronicity’, it’ll be bloody good one!” 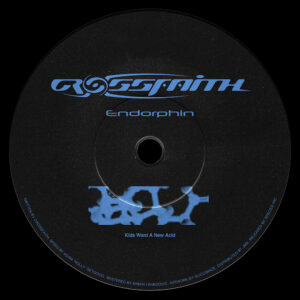 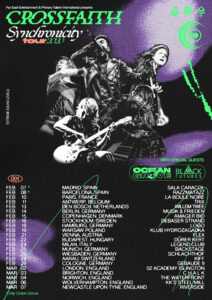