Perth’s Conform (or 生 Conform 死, which translates to Live. Conform. Die) are today reminding everyone that 2019 ain’t over yet – and that just because the year is beginning to wind down, it doesn’t mean that they can’t drop one of the heaviest and hardest-hitting singles of the year – Luxury Letdown, which will be released this Friday November 22 on all digital stores and streaming platforms at https://ffm.to/conform_luxuryletdown.

The new track and its video are a scathing attack on social media and fashion brands and the lives and lifestyles portrayed there – and the supposed expectation that we can all live in that hyper-perfect world.

Conform state about the new single and video. “Luxury Letdown’s thematic direction is a parody of the largely disingenuous portrayal of top-shelf lifestyles in social media and the un-meetable standards of modern beauty pushed to the average Joe and Jane by high-end fashion brands. Inside the walls of this theme, we plan on scrutinising the questionable ethics of seemingly faceless and overpriced companies who use over-sexualisation and harmful market manipulation to sell their products, resulting in the development of numerous personal insecurities in young, malleable minds. In our honest opinion, these companies are a gleaming detriment to the growth of a healthy impressionable person. We wish to be part of a bigger community of individuals who relish in their freedom of thought, freedom of expression and pro self-love.”

This new single confirms Conform as being one of Australia’s newest “Ones to Watch”, the sound, the attitude, the message – ‘Luxury Letdown’ continues the work that their previous singles and EP began and takes it next level.

Conform are also gearing up for a huge two months of shows. December will see them support Thy Art is Murder and Gravemind alongside their Perth mates Daybreak on Saturday December 14 at Perth’s Badlands Bar and then announced today, they will be supporting The Amity Affliction,Ocean Grove and Antagonist A.D. on both WA regional shows in January 2020 – Monday January 9 at Dunsborough Tavern and Tuesday January 10 at Fremantle’s Metropolis.

Conform released their debut album “Circa ’94” in 2018. The first single from the record, “Blood Eagle”, dropped in April 2018 and saw them played on triple j on The Racket and Home and Hosed, added to rotation on triple j Unearthed, at #1 in the Metal charts on the Unearthed platform, added to rotation on The Faction radio, added to official Spotify playlist Homegrown and Heavy, and other playlists like Metal Maniacs, triple j Unearthed’s “best new music” playlist and Pig Squeals and Breakdowns. The single has recently racked up 170,000+ streams on Spotify and made it into Dave Ruby Howe’s Top 10 Songs of 2018 on triple j Unearthed – and the music video made it into the WAM Award nominations for Best Music Video of 2018.

Conform have played alongside international and national heavyweights such as Being as an Ocean, Born of Osiris, Chelsea Grin, Protest the Hero, Make Them Suffer, Saviour, Ocean Grove, Polaris and more. 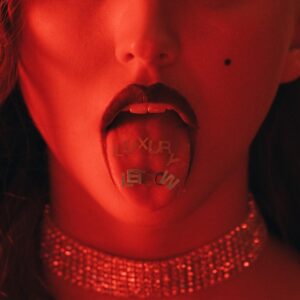