Clay J Gladstone talk about the meaning behind ‘Dead Friends’:

“The theme of the record is around struggling with mental illness, addiction, relationships and becoming a dead body – figuratively – to those around you. Whilst the lyrical themes are dark, there is an underlying and partly cryptic message that you will survive. We don’t hold ourselves down to genre which we feel you can hear, but we definitely consider DEAD FRIENDS an ode to classic emo though with a very ‘Australian’ feel.”

EP opener and title track ‘Dead Friends’ kicks into high gear with a lively tempo and frantic guitar riffage. Syncopated drums and heartfelt vocals propel the track into an emphatic chorus reminiscent to influences My Chemical Romance and Fall Out Boy, with the group’s musical chemistry highlighted through the track’s vast dynamic spectrum. Following closely is second track ‘Balance’, a quirky and energetic slice that blends virulent grit and gutsy melodies as its roaring chorus accentuates a brutally honest message about coping with addiction and mental health issues. 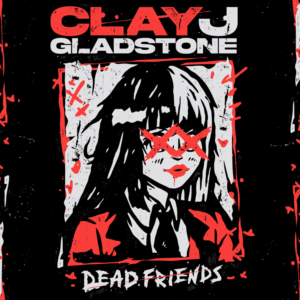