Off the back of a successful start to the year, 24-year-old songwriter and producer Carda (Adrian Cardamone) returns with his latest effort, ‘Need You Now’, featuring Keeks (out July 10).

Co-written with feature vocalist Keeks (Native Tongue Publishing), Jeremy Drakeford (Tyron Hapi, Jordie Ireland) and Angus Legg, ‘Need You Now’ bleeds vulnerability. Interestingly, the four Melbourne locals penned the track on a writing trip in Sydney. The track also marks the return of Keeks, who despite not releasing since her debut in 2018, has been working behind the scenes in Australia and South Korea as a songwriting powerhouse.

Framed as a warm-hearted love letter, the chorus lyrics best describe the tone of the song: “If you opened your eyes then you’d already know, I’m feeling alone and I need you now”. Mixed by Mitch McCarthy (Bebe Rexha, Carly Rae Jepsen) and mastered by Chris Gehringer (Dua Lipa, Halsey), ‘Need You Now’ is the combination of delicate songwriting with detailed pop-dance production.

“The song is written from the perspective of a significant other who feels as though their relationship has no direction. I wanted to convey this idea because it reflected my own feelings at the time”

Carda’s previous release ‘Wasted’ was his biggest to date. With over 1.7 million streams on YouTube, almost 400k streams on Spotify and peaking at #1 on Apple Music’s Breaking Pop playlist in three countries, the world is beginning to take notice. ‘Wasted’ was also featured across Nova and The Hit Network on Smallzy’s Surgery and Ash London Live, respectively.

“The beauty of this song is the marriage between story and melody; it’s what I love most about it.”

Paving his way with an unmistakable sound, ‘Need You Now’ offers an exciting glimpse of what is to come for the Melbourne artist. Having spent so many years honing his sound and perfecting his craft, Carda is ready to exceed expectations heading into the latter half of 2020. 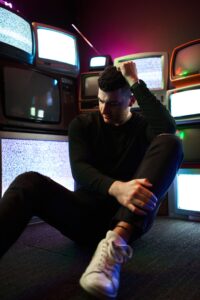 His previous release ‘Wasted’ was his biggest to date, racking up over 2 million streams across all platforms and peaking at #1 on Apple Music’s Breaking Pop playlist in three countries. ‘Wasted’ was also featured across Nova and The Hit Network on Smallzy’s Surgery and Ash London Live, respectively.

“My music plays on the contrast between an emotional, powerful story with uplifting, feel-good production.”

Born and raised in Melbourne, Carda sparked a passion for songwriting at an early age. Training in both piano and voice as a child has enabled him to develop a unique appreciation of the creative process, with his love for contemporary lyrics and melody allowing him to express his personality through the melodically-driven style that guides his productions.

With exciting projects in the works, enjoy Carda’s new expression of electronic, pop and dance music. 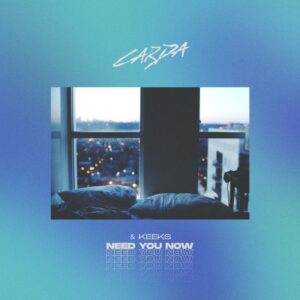