Following on from lead single, ‘hey girl / i just wanna go home’, ‘honey’ puts Pablo’s artistic development since the breakout success of his viral 2017 single ‘Everytime’ on full display, showing off an increasing confidence in the studio away from the lo-fi bedroom recordings of his youth. Fusing lush production with jangly, sun-kissed 60s melodies, subtle notes of MPB and bossa nova that nod to Pablo’s Latin-American background and a dreamy chorus, ‘honey’ is Boy Pablo’s most psychedelic-leaning track to date. But to read that whimsy as uncomplicated would be mistaken.

As Pablo explains, “The track is about how a relationship moves between the bad and the good times, but even through the bad times the mutual love you’ve built and the fascination you have for each other never fades away, and you choose to stick together through it all.”

Like previous singles, ‘honey’ and ‘jd’s song’ reintroduce Boy Pablo as having simultaneously grown up and into his sound. With each new release from his forthcoming debut LP, the Norweigian songwriter is also sharply articulating what makes his sound so distinct amongst today’s indie-pop landscape. Seemingly so carefree on the surface, his woozily romantic brand of music actually harbors carefully shaded emotional nuance and surprising depths of musical complexity beneath its facade, with a charismatic tongue-in-cheek personality that balances heartache with lightness, ennui with serenity.

The artistic project of 21 year-old singer-songwriter and multi-instrumentalist Nicolas Muñoz, the debut LP from Boy Pablo takes its title from a Chilean expression that translates to fondness for a “handsome boy”, a hybrid conceptual and autobiographical record, tracing the ebbs and flows of the titular character’s love story while threading this narrative through with Pablo’s own experiences as a young person, blurring the identities of Wachito Rico and the real life Nicolas Muñoz into one curious, indistinguishable whole. Having first introduced audiences to the character of Wachito Rico and his love life in ‘hey girl’ and ‘i just wanna go home’, Pablo is now beginning to fill out the picture of the hero of his forthcoming full-length with ‘honey’ and ‘jd’s song’. 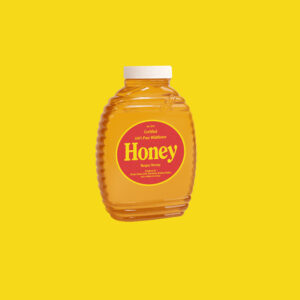 “Boy Pablo make the kind of balmy daydream music that perfectly assuages the sting of a breakup, making it clear that their success is more than a viral fluke”
Pitchfork

“‘Everytime’ was good. Really bloody outstanding, in fact; so much so that it cut through the barrage of adverts and caught people’s attention“
NME

“You want to listen to his tunes, but also talk shit and make memes with him”
i-D

“In just over a year gone from one-hit-wonders to Norwegian Grammy winning, Coachella-playing champs”
Clash