The artistic project of the 21-year-old singer-songwriter and multi-instrumentalist Nicolas Muñoz, Boy Pablo first came to widespread attention with the video for his viral 2017 single, ‘Everytime’, an offbeat, lo-fi video that shone like a hidden diamond in the rough of the internet, featuring Boy Pablo and his band of close-knit friends playing on the shores of their hometown. Following up with his 2018 breakout EP, Soy Pablo, a charming seven-track collection of dazzling, nostalgic bedroom-pop anthems, Boy Pablo established himself as more than an internet poster child.

Since then, he’s been carefully readying his debut full-length, honing his particular brand of woozily romantic indie-pop, fusing a jangly, retro sound with sun-kissed 60s melodies, subtle shadings that nod to Muñoz’s Latin-American background and his charismatic tongue-in-cheek personality that balances heartache with lightness, ennui with serenity.

‘hey girl’, the first track previewed from Wachito Rico, introduces audiences to the titular character and his love life, bringing Pablo’s artistic vision into sharper focus than ever, with its filtered guitar chords, backdrop of hand drums and Muñoz’s warm, deep vocals. Bolstered by the jazz-inflected b-side, ‘i just wanna go home’, the double release reintroduces Boy Pablo as having grown up and into his sound. Featuring vocals from Muñoz’s high classmate, Andrea, ‘i just wanna go home’ also speaks to the increasing importance of collaboration in his creative process, opening the Boy Pablo project up from its solo origins.

Of the double single, Boy Pablo shares that both tracks “were made during a time I wrote a lot of music for a song project with a friend of mine, Judah Kubendran. I rearranged the tracks and rewrote the lyrics and melodies, and quickly realized that they were too good not to be released.

“The lyrics of ‘hey girl’ are written from the point of view of a young boy who is in love for the first time and wants to make a move on this girl. He’s nervous, shy and shaky, but dares to jump into it and talks to the girl,” he details.

“‘I just wanna go home’ is about getting older and realising how much responsibility you are left with as an adult, and getting lost in the confusion that comes with trying to navigate the landscape of adulthood.”

Taking its title from a Chilean expression that translates to fondness for a “handsome boy”, Pablo’s debut LP is a hybrid conceptual and autobiographical record, tracing the ebbs and flows of the titular character’s love story while threading this narrative through with Pablo’s own experiences as a young man, blurring the identities of Wachito Rico and the real-life Nicolas Muñoz into one curious, indistinguishable whole.

“Boy Pablo make the kind of balmy daydream music that perfectly assuages the sting of a breakup, making it clear that their success is more than a viral fluke”
Pitchfork

“‘Everytime’ was good. Really bloody outstanding, in fact; so much so that it cut through the barrage of adverts and caught people’s attention“
NME

“You want to listen to his tunes, but also talk shit and make memes with him”
i-D

“In just over a year gone from one-hit-wonders to Norwegian Grammy winning, Coachella-playing champs”
Clash 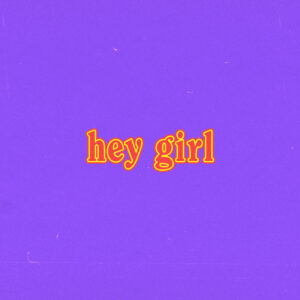