MARK THEIR RETURN WITH NEW SINGLE ‘U & M E’ & ANNOUNCE

‘SEATTLE’ EP OUT FRIDAY 15 MAY

Mere moments into 2020 and the new decade, Bloods have something to say! Today they mark their return to the fold with brand new single ‘U & M E’ (pronounced U AND EM EE), alongside a delectable lyric video and the announcement of an EP titled Seattle, that Bloods are ecstatic to reveal will be released on Friday 15 May.

Inspired by the Nat King Cole classic ‘L-O-V-E’ and premiering locally on FBi Radio and internationally with FLOOD Magazine, ‘U & M E’ confidently sits in a new territory for Bloods. Displaying a slightly moodier direction than past releases, the band have presented a track capturing a nostalgic, love sick angst set against a palpable certainty and fire-in-the-belly, don’t-f*ck-with-us attitude. ‘U & M E’ coolly balances a playful lyrical conceit against a detached sexiness and the result is arguably Bloods at their brooding, hedonistic best. ‘U & M E’ also features a guest vocal from Seattle icon TAD.

Low key savage frontwoman Marihuzka Cornelius (MC), describes the single’s simple origins which have evolved to depict a universally familiar feeling – that of infatuation. “I loved the idea of writing a song using the alphabet to spell out romantic sentiments. The childishness seemed to capture the immaturity of infatuation so well,” she explains. “In the throes of infatuation, the object of your affection becomes so perfect and unflawed because they turn you on or you like their smile and then life without them becomes impossible to fathom. It’s a beautiful delusion.” 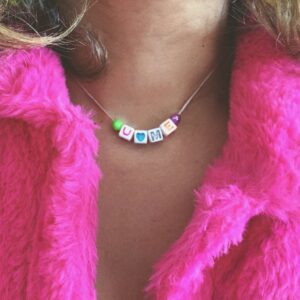 ‘U & M E’ sits as the lead single and centrepiece of the Seattle EP. The body of work was created in (you guessed it) Seattle; the city without doubt most synonymous with the 90s; the era undeniably pulsating through Bloods’ DNA. Pouring through rock mags and staying up late watching music videos on Rage, trying to catch a glimpse of her flannel-clad rock heroes, it would’ve seemed unthinkable to teenage MC that one day she’d be standing in a studio in Seattle about to record with her own band.

But here is where MC and her bandmates Dirk Jonker (drums) and Mike Morgan (guitar, bass and backing vocals) found themselves – recording at Jack Endino’s Sound House (y’know just the guy who recorded Nirvana’s Bleach, no biggie), with Steve Fisk on production and mixing duties (yep, the dude who’s worked with Soundgarden and Mudhoney) and using the very amp Kurt Cobain played through on his band’s debut record. (!!!!!!)

And so, Bloods have dedicated their free-spirited new EP to that very place – Seattle is out on Friday 15 May. From the middle finger waving kiss-off of “The New Guy”, to the buzzsaw sugar rush of “Waste Of Time”, and the Ten Things I Hate About You (set in Seattle btw) homage “I Hate It”, to the EP’s biggest blow “Girls Are Just Fucking Cool Like That”, Seattle’s six tracks are dripping in a wry, couldn’t-care-less attitude that would have been right at home in the Seattle of the 90s.

Allow the infatuation of ‘U & M E’ to infiltrate your cells and while you’re there in your love bubble, pre-order Bloods’ Seattle. 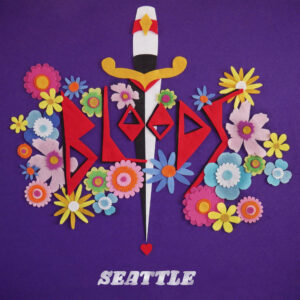