Pennsylvanian metalcore quintet August Burns Red will be returning to Australia this October to celebrate their 10 year anniversary of their third studio album ‘Constellations’ as part of their worldwide tour.

The 10 Years Of Constellations 2019 Australian Tour will hit all major cities across Australia. Singles,White Washed and Marianas Trench has amassed over 22 million streams combined on Spotify alone. The 2009 release debut at 24 in the Billboard Top 200 and had critics talking. Alternative Press said “This is a fierce, punishing album loaded with muscular breakdowns, screaming guitar leads and ass-kicking double-bass-drum thunder.” While AllMusic said “PA-based quintet continues to reach for new levels of technical prowess and musical sophistication without losing its brutal attack and apocalyptic.”

The GRAMMY® Award-nominated heavy music torchbearers began their journey back in 2003 with marathon jam sessions on a farm belonging to Greiner’s family in the egg refrigerator. Embracing a diehard Rust Belt work ethic, they tirelessly pushed towards the top of heavy music with a series of critically acclaimed albums and countless gigs.

VIP tickets to 10 Years Of Constellations are on sale now while general admission tickets go on sale Friday 15 March at 10am local time.

Mark this one in your calendar as this is one you won’t want to miss. 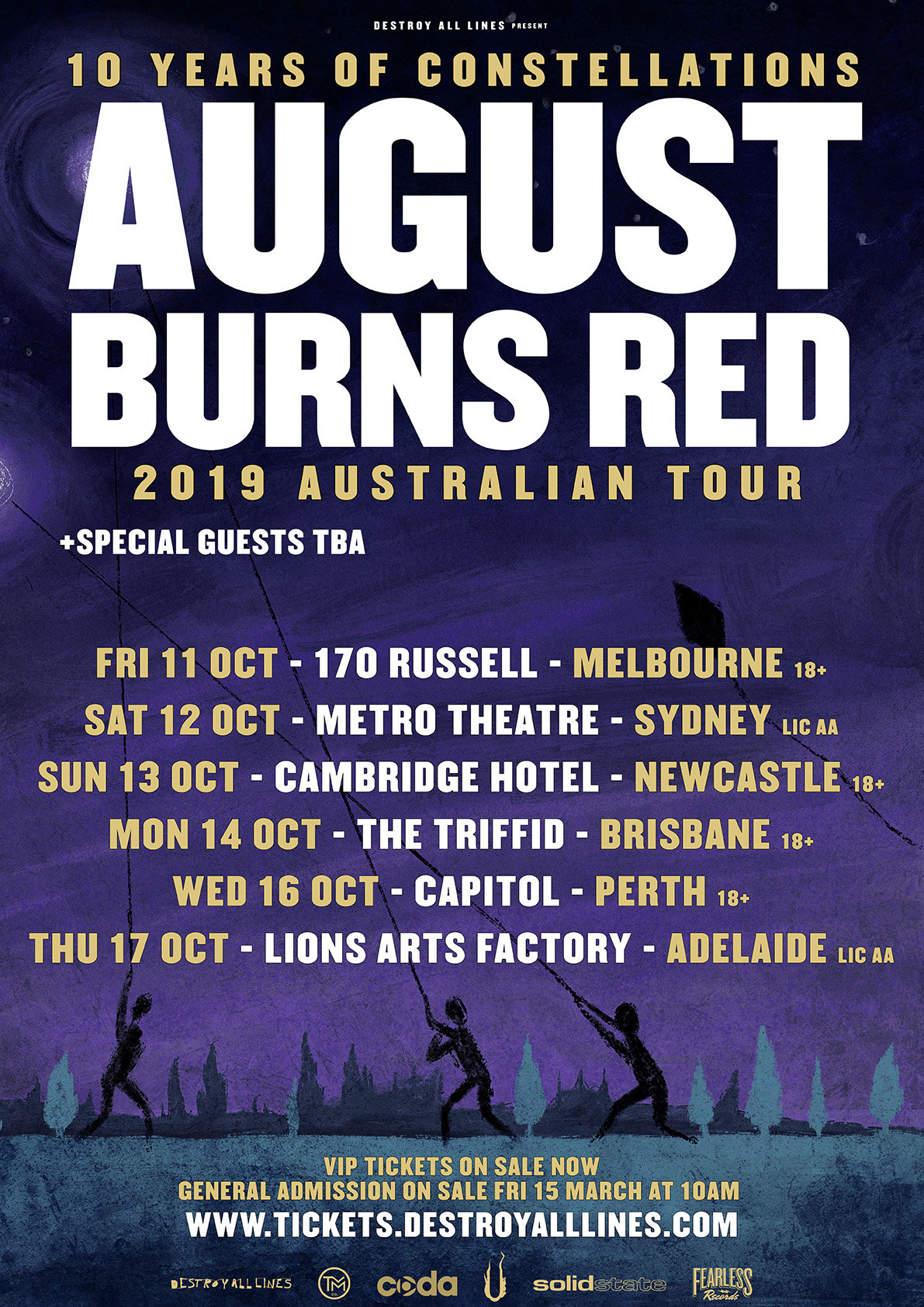